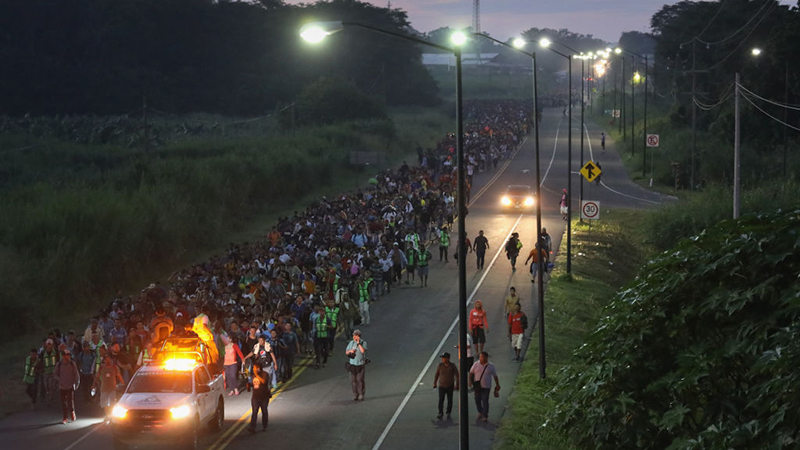 A Washington Post columnist suggested Monday that the magic solution to rampant inflation and supply chain impediments would be to allow more illegal immigrants into the country.

She then went on to suggest that problems will occur not with “too many immigrants” but rather “too few.”

Rampell claims, without any evidence or authority, that inflation will start to recede if there are more migrants “who can fill critical labor-market shortages.”

She writes, “The United States is experiencing inflationary levels not seen in four decades. Americans are unhappy, and they are more than five times as likely to cite “inflation,” “cost of living” or the economy in general than immigration as the nation’s biggest problem. These economic concerns are, however, rooted at least partly in immigration policy.”

Rampell continues, “there remains huge demand among foreign-born workers to contribute to the U.S. economy,” adding “the many businesses that rely on these workers are losing critical staff, making inflation worse.”

She concludes that more immigration will only benefit Americans financially “and, by extension, Democrats’ political fortunes.”

Of course, the notion that supply chain problems are solely to blame for inflation is moronic.

As Harvard economist and former Treasury Secretary Larry Summers has repeatedly pointed out, inflation is a direct cause of the Federal Reserve being “behind the curve” on interest rates and the Biden Administration’s massive increase in spending, including the $1.9-trillion covid-relief legislation.

As we noted yesterday,  Biden intends to scrap the Title 42 public health authority, which border officials have estimated will increase the number of immigrants traveling to the border three fold to 18,000 per day.

Arizona GOP Rep. Andy Biggs warned that numbers will be even higher than estimated, suggesting that 20,000 to 30,000 could surge the border every day if Title 42 is scrapped.

“I think this is a political ploy, it’s meant to happen. They campaigned on an open border,” Biggs stated, warning“If you think it’s bad now, the tsunami that’s coming is going to be overwhelming.”