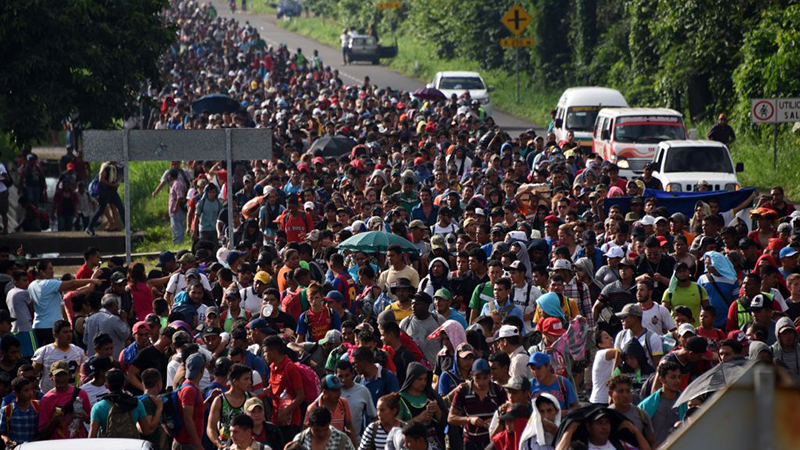 “It’s challenging for the Border Patrol, for ICE to properly process and track these individuals. And, obviously, the Biden administration is paying a political cost for these,” Johnson added.

Johnson declared that he “would have argued that we should keep it in place just a little while longer, until perhaps July, when these numbers do tend to slow down in the hotter weather,” adding that “March, April, May tend to be the peak seasons for migration on our southern border.”

“DHS will have a challenge. And I heard the current secretary the other day say at present they have something like 7,000 a day,” Johnson urged, adding “That’s a high number.”

Johnson asserted that “we have to address the underlying causes in Central America for these types of surges.”

Arizona GOP Rep. Andy Biggs warned that numbers will be even higher than estimated, suggesting that 20,000 to 30,000 could surge the border every day.

Video: Watch The Insane Reaction U.S. Troops Had For Elon Musk During Visit