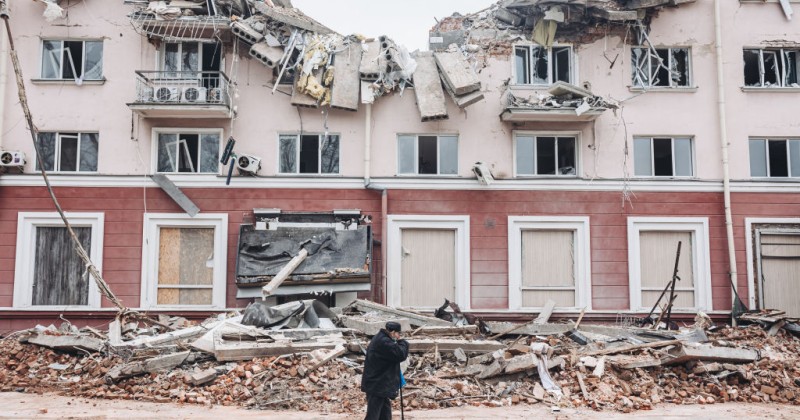 In an article about the potential for a peace deal between Ukraine and Russia, the Washington Post admits that some within NATO want to prolong the war for as long as possible.

The admission is contained in a piece titled ‘NATO says Ukraine to decide on peace deal with Russia — within limits’.

“Even a Ukrainian vow not to join NATO — a concession that Zelensky has floated publicly — could be a concern to some neighbors. That leads to an awkward reality: For some in NATO, it’s better for the Ukrainians to keep fighting, and dying, than to achieve a peace that comes too early or at too high a cost to Kyiv and the rest of Europe,” states the article.

“There is an unfortunate dilemma. The problem is that if it ends now, there is a kind of time for Russia to regroup, and it will restart, under this or another pretext.”

And there you have it.

NATO says Ukraine to decide on peace deal with Russia — within limitshttps://t.co/muomC9q1Iq

Now we know why the NATO-aligned legacy media and journalists are constantly lobbying for an escalation that could spark World War III.

NATO wants the war to continue for as long as possible so Russia can be drained and isolated, while the media is addicted to the clicks and ratings it brings.

The article also reveals how Zelensky wants a “legally binding security guarantees from the United States and others to defend it if it were attacked,” something that is totally delusional.

As Chris Menahan notes, a peace deal looked possible around a month ago when Vladimir Putin vowed to end the war “if Ukraine agreed to recognize Crimea, accept Donetsk and Luhansk as independent states, swear off joining NATO and disarm.”

However, despite being told by Israel to accept the deal, President Zelensky refrained from doing so immediately after the U.S. decided to sent $14 billion dollars in aid, an act that prolonged the war.

“(Zelensky) should have taken Putin’s deal as Bennet told him to four weeks ago,” writes Menahan. “Instead, he has insisted on sticking with his strategy of forcing all men aged 18 to 60 to take up arms and become enemy combatants so he could use their deaths as atrocity propaganda to con NATO into the war.”

Zelensky Declares Peace Negotiations With Russia Now ‘Might Not Happen’