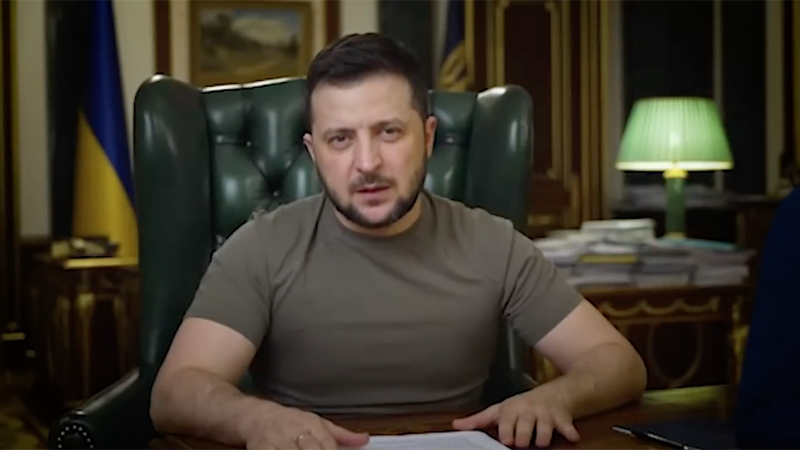 Following claims of genocide against Ukrainian people at the hands of Russian forces, the country’s president Volodymyr Zelensky has stated that negotiations to end the conflict now “might not happen”.

During a television appearance, Zelensky said “And in this meeting, we could find the way out of this situation, without losing our territory. I think that this is the bar we have to set for these negotiations. And then we will see. It might happen that there will be no negotiations. It might happen.”

Zelensky referred to the alleged massacre in Bucha, saying “We have just begun an investigation into all that the occupiers have done. At present, there is information about more than three hundred people killed and tortured in Bucha alone.”

“It is likely that the list of victims will be much larger when the whole city is checked. And this is only one city. One of the many Ukrainian communities that the Russian military managed to seize,” he added.

Zelensky said the atrocities are worse than the Holocaust:

“In many villages of the liberated districts of the Kyiv, Chernihiv and Sumy regions, the occupiers did things that the locals had not seen even during the Nazi occupation 80 years ago. The occupiers will definitely bear responsibility for this,” he said.

The Ukrainian leader also vowed that Russia will suffer if it does not seek peace:

“If the Russian leadership does not begin to really seek peace, really negotiate peace, they will put their country in the worst condition in 50 years. The so-called wicked 90’s will seem prosperous and calm,” he asserted.

As we noted yesterday, Russia has responded to the claims that its forces committed war crimes by brutally Murdering civilians in the town close to Kiev, calling the incident “fake” and labelling its orchestration as a “staged” false flag “provocation.”

Questions over what really happened remain as Ukrainian police posted on Facebook that they had conducted a “clearing op” in Bucha the day before videos emerged showing dead bodies scattered around the settlement, as the war of words over the alleged “war crime” continues.

The U.S. broadcast media has run with the genocide narrative, despite The New York Times and other outlets, as well as the Pentagon declaring that the Ukrainian claims cannot yet be verified.

Joe Biden again declared that Vladimir Putin is a war criminal, this time calling for a trial against the Russian leader: