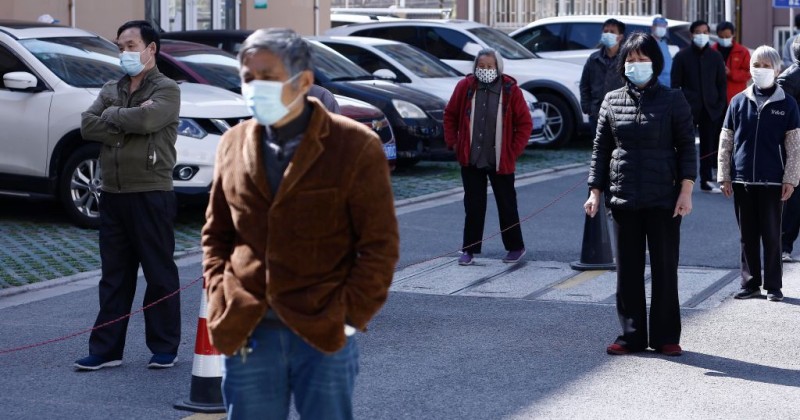 The utter disaster of China’s ‘zero COVID’ policy has been exposed once again after the army was deployed to Shanghai and children were separated from their parents in quarantine facilities.

As we previously highlighted, having failed to follow the path of other countries by achieving anything like herd immunity, the Omicron variant of COVID has caused more more coronavirus cases in Shanghai in four weeks than in the previous two years of the entire pandemic.

This has prompted a fresh wave of lockdowns that have left residents angry as they are forced once again to engage in panic buying as others were left without urgent treatment like kidney dialysis.

The situation has prompted Beijing to deploy more than 2,000 military medics to Shanghai to COVID test the entire population of 26 million people.

“With 8,581 asymptomatic and 425 symptomatic Covid-19 cases reported on April 3, the outbreak would likely have been deemed a relatively insignificant one, had it happened elsewhere; however, the Chinese government’s so-called ‘dynamic zero’ Covid strategy calls for tough measures even if the caseload is low. The policy’s key principles are testing, tracing and quarantining all positive cases and their close contacts,” reports RT.

Locals are also complaining that authorities are separating children from their parents in COVID quarantine facilities.

“Parents who brought their children in for treatment have seen them taken by authorities and moved to official quarantine facilities, often leaving families in the dark about their childrens’ condition,” reports Zero Hedge. “When both parent and child have tested positive, doctors have used threats to browbeat families into compliance. in some cases, children as young as 3 months old have reportedly been separated from their breast-feeding mothers.”

Images of crying children who had been separated from their parents went viral on Chinese social media networks before being censored.

If western governments had continued on the same course they took towards the beginning of the pandemic, namely locking down healthy people and pursuing a disastrous policy that completely eschewed herd immunity, we’d be in the same situation as China right now.

Let’s not forget that it was former UK government COVID-19 advisor Neil Ferguson who admitted that he thought “we couldn’t get away with” imposing Communist Chinese-style lockdowns in Europe because they were too draconian, and yet it happened anyway.

“It’s a communist one party state, we said. We couldn’t get away with it in Europe, we thought,” said Ferguson.

“And then Italy did it. And we realised we could,” he added.