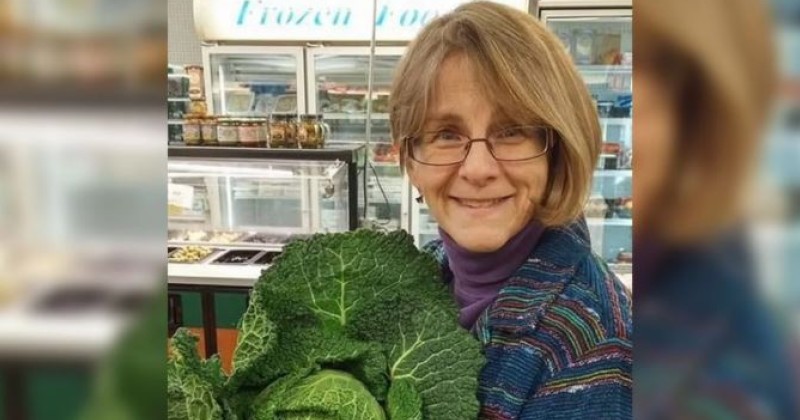 A school nurse in Hartford, CT was suspended over a “transphobic” Facebook post in which she questioned why 11-year-olds were on puberty blockers.

77-year-old Kathleen Cataford, who works at Richard J Kinsella Magnet School, posted in a mum’s Facebook group that there was an 11-year-old girl at the school on puberty blockers and 12 other students identifying as “non-binary.”

“Investigate the school system curriculum…CT is a very socially liberal, gender confused state,” she wrote. “As a public school nurse, I have an 11yo female student on puberty blockers and a dozen identifying as non-binary, all but two keeping this as a secret from their parents with the help of teachers, SSW [social workers] and school administration.”

“Teachers and SSW are spending 37.5 hours a week influencing our children, not necessarily teaching our children what YOU think is being taught. Children are introduced to this confusion in kindergarten by the school SW who “teaches” social and emotional regulation and school expectations,” she added.

The nurse went on to question why, given that young people’s brains aren’t even fully developed until their early 20’s, are they allowed to take puberty blocker drugs and be put through “gender mutilating surgery.” 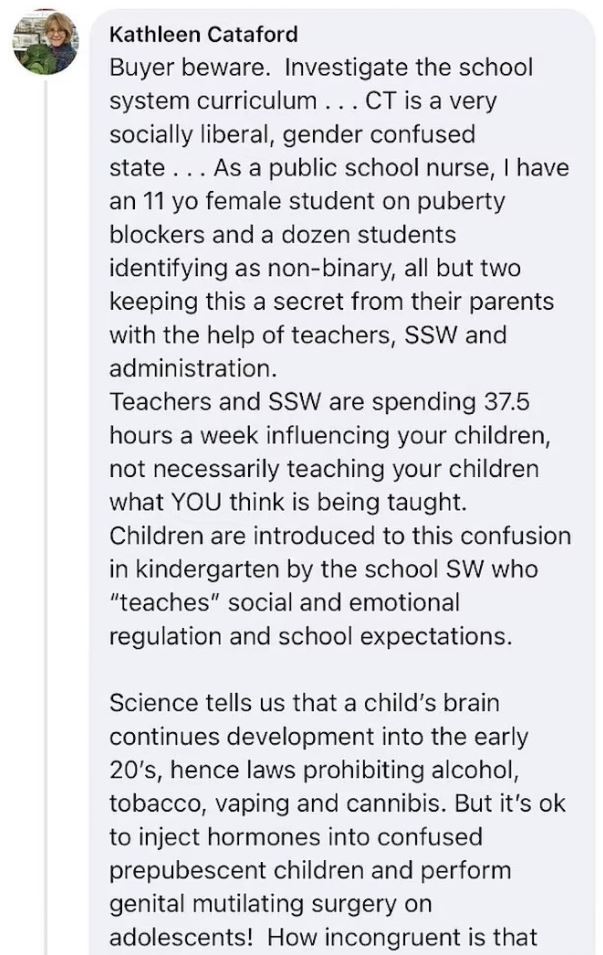 For this “transphobic” thought crime, Cataford was reported by a parent to the school board, which responded by immediately suspending her pending an investigation, after which she could be fired.

“We as a school district are responsible for the health, well-being, social and emotional development, and safety of ALL of the children entrusted to our care,” she added.

Apparently, health, well-being and emotional development now means encouraging kids whose brains have been scrambled by demented far-left gender ideology and social engineering be put on drugs that literally prevent the natural development of their body and brain.

Is it any wonder why more Americans, aside from financial concerns, are choosing not to have children, given this is what they are faced with?

And remember, the alphabet people just want your kids to be able to have a ‘conservation about their feelings’!

You cannot criticize this without being called a transphobic bigot. pic.twitter.com/jEKDhSKdmX

A Qatari man on Twitter received over 600,000 likes for asking why other countries with different cultures should embrace and promote LGBT.