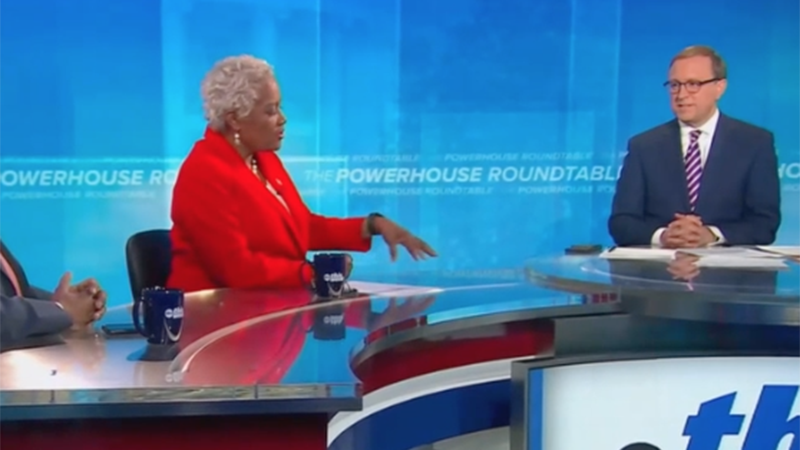 As we noted last week, several lawmakers grilled Jackson over the issue, prompting her to state that the cases she has presided over are “difficult” and that judges have to look at “various aspects of the offence and impose a sentence that is sufficient but not greater than necessary”:

Discussing the matter Sunday, ABC Jon Karl suggested that GOP lawmakers were sending some kind of message to right wing conspiracy theorists by continuing the line of questioning.

Karl suggested that the questions in the Senate were “harsh and highly unusual” and wondered “could the sharp questioning backfire” on Republicans with midterm elections approaching.

Karl then asked former Democratic National Committee chairwoman Donna Brazile about the “focus on child pornography and pedophiles,” To which she simply replied “QAnon.”

Karl responded “it was a message to QAnon, wasn’t it?” further suggesting “these are not major cases, these were sentencing decisions.”

Toobin continued, “This is about appealing to the QAnon audience, this cult that is a big presence in Republican Party politics now, that is – where Senator Hawley is trying to ingratiate himself with that group and run for president with their support.”

Senior political correspondent Abby Philip also agreed with Toobin that Hawley is engaging in a “dog whistle to the kind of QAnon-right.”