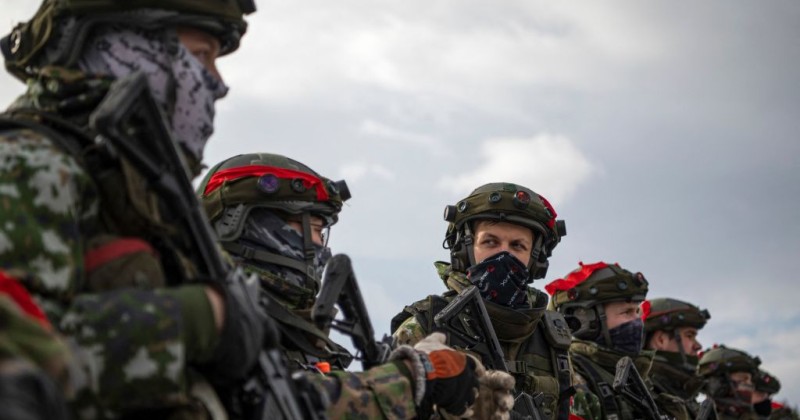 A secret plan for a “peacekeeping mission” involving 10,000 NATO troops from different countries entering Ukraine and imposing a limited no fly zone is allegedly being prepared by the Polish government.

Polish news outlet Onet reports that President of Poland Andrzej Duda is waiting on a green light from the White House to implement the proposal.

Created by the Polish Ministry of Defense, the plan would see 10,000 NATO troops formed of an international contingent sent to Ukraine to “protect humanitarian corridors” and enforce a no fly zone over them.

“It means setting up military units, at a distance from the frontlines, that would be tasked with defending humanitarian convoys with food and medicine and the ones allowing civilians to escape danger,” the article states.

Of course, the official reason for sending the troops and the real reason could very well be somewhat different in nature.

According to ReMix News, “One of the scenarios includes implementing a no-fly zone over the largest of Ukraine’s cities, which would mark a serious escalation and likely a direct conflict with Russia.”

The plan is seemingly on hiatus because of a disagreement between President Duda and the Ministry of Defence with Law and Justice (PiS) leadership because Duda wants Washington’s approval before going ahead.

According to the report, the White House will consider the plan before Thursday’s NATO summit in Brussels before a decision is made.

“I would like to appeal to conscience of the European leaders. I think that it is necessary to have a peace mission: NATO, possibly some wider international structure. But a mission that will be able to defend itself, which will operate on Ukrainian territory,” said Kaczynski. 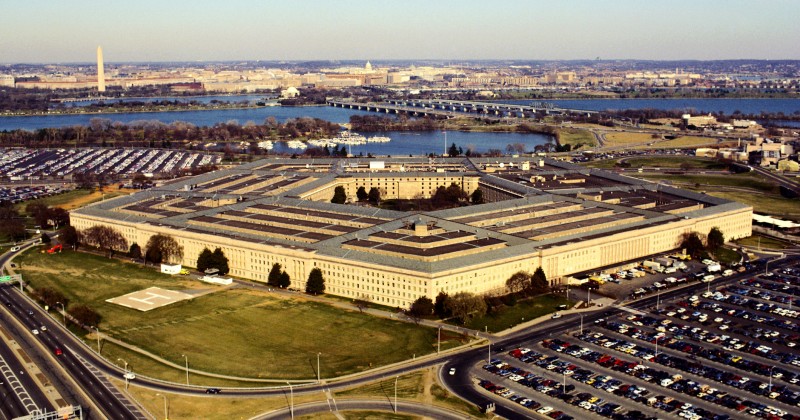 Fox News reporter Jennifer Griffin has confirmed that the U.S. was not responsible for the Nord Stream 2 pipeline explosion, because the Pentagon told her so.

Despite accusations flying that the United States could have been involved in the blasts that have reportedly could scupper the pipelines permanently, and without any investigation having taken place, Griffin’s crack journalism has solved the case.

“There is no evidence or indication the US was involved in any way with the Nordstream 2 pipeline explosions,” Griffin tweeted. “My question at the Pentagon briefing today: Can you rule out that the U.S. was involved? Senior Military Official: ‘Yeah, we were absolutely not involved.’ ”

There is no evidence or indication the US was involved in any way with the Nordstream 2 pipeline explosions.

My question at the Pentagon briefing today: Can you rule out that the U.S. was involved?
Senior Military Official: “Yeah, we were absolutely not involved.”

Well, that’s that then, case closed.

As Chris Menahan notes, the Fox News reporter has been guilty of brazenly amplifying false regime propaganda before.

“Earlier this year, Griffin put out the debunked hoax story that Russia bombed the Babi Yair holocaust memorial in Ukraine.”

The reporting was later debunked after an Israeli journalist visited the site and found it to be completely unscathed.

Griffin also recycled the lie that Russia was using “mobile crematoriums” to “evaporate” war dead, when the supposed video proving it was taken from a 2013 YouTube video.

“When news came out about US biolabs in Ukraine, Griffin also simply repeated Pentagon talking points to dismiss the story as a nothingburger,” writes Menahan.

When Griffin was recently rewarded with a new multiyear contract, she stated that it “has been an honor to provide viewers with trusted reporting from the Pentagon and across the world on issues that are paramount to all of us – the security and safety of our fellow citizens and allies.”

She offers no proof to back up these claimspic.twitter.com/dgjf9vxjEX 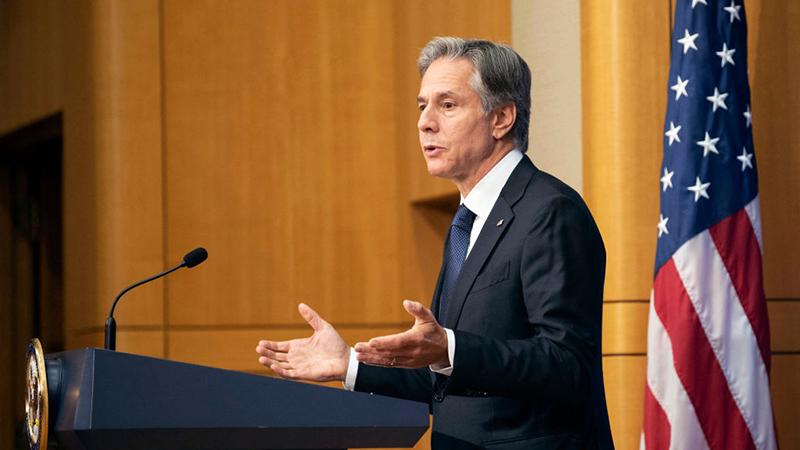 The State Department is urging Americans to leave Russia “as soon as possible” in the wake of the suspected sabotage of the Nord Stream pipelines.

The official reasoning they’re giving to tell everyone to leave is to avoid getting conscripted in their mobilization effort but that logic only applies to dual citizens and this advisory is for all Americans.

I suspect the real reason they’re telling everyone to leave is the risk of a full-blown war breaking out due to the US, Ukraine or Poland being responsible for the extremely stupid, belligerent alleged bombing of the pipelines.

From the US embassy in Moscow, “Security Alert for U.S. Citizens in Russia”:

On September 21, the Russian government began a mobilization of its citizens to the armed forces in support of its invasion of Ukraine. Russia may refuse to acknowledge dual nationals’ U.S. citizenship, deny their access to U.S. consular assistance, prevent their departure from Russia, and conscript dual nationals for military service.

Commercial flight options are extremely limited at present and are often unavailable on short notice. Overland routes by car and bus are still open. If you wish to depart Russia, you should make independent arrangements as soon as possible. The U.S. Embassy has severe limitations on its ability to assist U.S. citizens, and conditions, including transportation options, may suddenly become even more limited.

U.S. citizens should not travel to Russia and those residing or travelling in Russia should depart Russia immediately while limited commercial travel options remain. The Department of State provides information on commercial travel on the Information for U.S. Citizens in Russia – Travel Options Out of Russia page on travel.state.gov. This site also provides information on requirements for entering neighboring countries, procedures for travel on expired U.S. passports in some circumstances, and visa requirements for families with American and Russian citizen family members.

We remind U.S. citizens that the right to peaceful assembly and freedom of expression are not guaranteed in Russia. Avoid all political or social protests and do not photograph security personnel at these events. Russian authorities have arrested U.S. citizens who have participated in demonstrations.

Our criminal neocon rulers are bringing us to the brink of World War III in defense of the corrupt puppet state known as the Ukraine.

Berlin received tip from US spy agency in the summer. 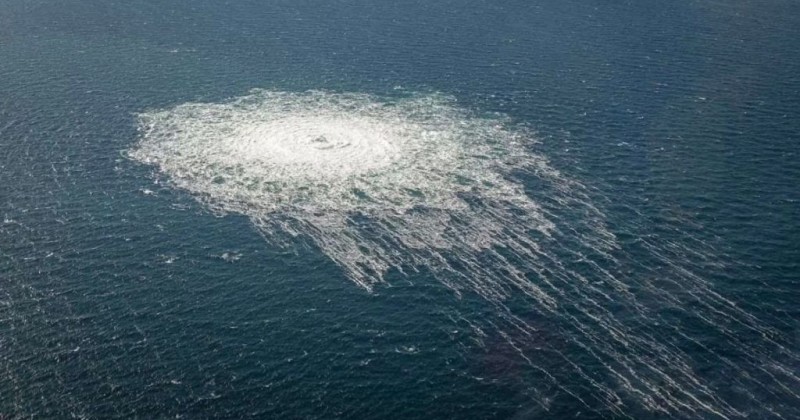 According to a report by German magazine Der Spiegel, the CIA warned Berlin about a potential attack on gas pipelines in the Baltic Sea “weeks ago.”

Citing “several people familiar with the matter,” the publication reports that a tip from the US spy agency was “received in Berlin during the summer.”

As we highlighted yesterday, Germany’s initial response to the incident was that it was likely to be a “targeted attack” carried out by either Russia or Ukraine.

German investigators concluded that attack had to be deliberate because it would have been carried out by special forces, navy divers or a submarine which were able to reach the bottom of the sea and place mines or explosives.

Although not ruling out that the attack could have been a Russian “false flag,” the only perceived motive would have been to “blame other parties for the incident,” Der Spiegel reported, while acknowledging that a “permanent interruption of gas supplies from Russia” would be in Ukraine’s interest.”

Russia could have pulled off such an attack but “It is difficult to see whether Russia or Ukraine could have an interest in such an incident” pic.twitter.com/7jZWvYdhgI

Ukraine has inevitably blamed Russia, although why Moscow would sabotage two pipelines that weren’t even transporting gas to Europe remains a mystery.

Others have suggested the U.S. is to blame, including former Polish Defense Minister, Radek Sikorski, who appeared to thanks Washington for carrying out the attack in a tweet.

As Chris Menahan explains, Sikorski is married to arch-neocon Anne Applebaum and attended the Bilderberg meeting earlier this year, meaning he is very much part of the global elite.

“If the CIA bombed these civilian pipelines that’s an insane act of war that will further devastate Europe’s economy and risk a full-blown war with Russia,” he writes.

“Authenticating the Russian lies at this particular moment jeopardizes the security of Poland. What an act of gross irresponsibility!” wrote Zaryn.

Russian #propaganda instantly launched a smear campaign against Poland, the US and Ukraine, accusing the West of aggression against #NS1 and #NS2.

Authenticating the Russian lies at this particular moment jeopardizes the security of Poland.
What an act of gross irresponsibility! pic.twitter.com/S9YJKRCv9B

Others have pointed to Joe Biden’s promise that he would “bring an end to” Nord Stream 2 if Russia attacked Ukraine.

Pres. Biden: "If Russia invades…then there will be no longer a Nord Stream 2. We will bring an end to it."

Reporter: "But how will you do that, exactly, since…the project is in Germany's control?"

Biden: "I promise you, we will be able to do that." https://t.co/uruQ4F4zM9 pic.twitter.com/4ksDaaU0YC

Undersecretary of State for Political Affairs Victoria Nuland also previously insisted, “If Russia invades Ukraine, one way or another, Nord Stream 2 will not move forward.”

⚠️January 27, 2022 VICTORIA NULAND: “If Russia invades Ukraine, one way or another, Nord Stream 2 will not move forward.” pic.twitter.com/gYSaMd0yJc

Denmark became the latest country to announce that it had detected seismic blasts immediately before the leak, adding it believed “deliberate actions” by unknown perpetrators were responsible.

“It is the authorities’ clear assessment that these are deliberate actions -– not accidents,” Danish Prime Minister Mette Frederiksen said.