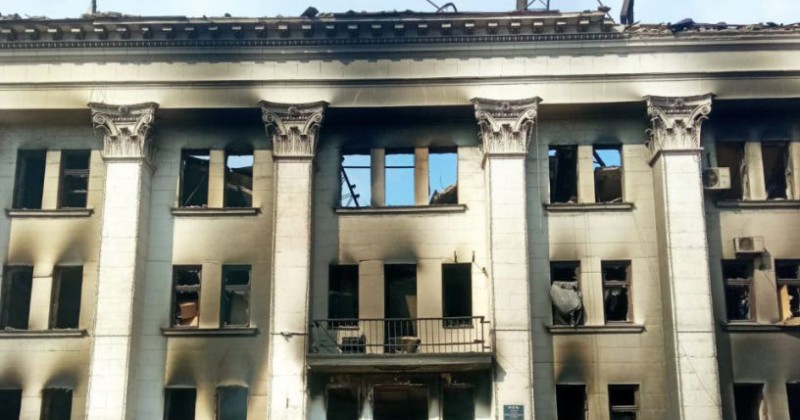 A professor at the University of Edinburgh is facing trial by media and a government “crackdown,” merely because he shared an article questioning the narrative behind the bombing of a theater in the Ukrainian city of Mariupol.

Professor Tim Hayward is currently being cancelled by the mob because he shared an article by left-wing news outlet Grayzone which suggested the theater bombing, blamed on Russia, may actually have been carried out by Ukrainian ‘Azov’ fighters.

The incident was immediately exploited by NATO powers to justify more military support for Ukraine and led to Joe Biden calling Vladimir Putin a “war criminal”.

However, the Neo-Nazi unit is accused of using civilians as human shields inside the building before blowing it up as Russian forces entered Mariupol.

Russia denies attacking the building, which was seemingly of no strategic importance, and no footage exists of the building being blown up.

Merely for highlighting these inconsistencies, Hayward was savagely attacked, accused of spreading Russian disinformation in a Times article and called a “useful idiot for President Putin’s atrocities” by Tory MP Robert Halfon.

The professor was also targeted by Education Secretary Nadhim Zahawi, who said universities that challenged the official narrative would be investigated and professors punished.

“Putin and his cronies are a malign influence on anyone in this country buying their false narrative, and I have to repeat it is a false and dangerous narrative, and we will crack down on it hard,” Zahawi said.

Hayward said that there is always propaganda on both sides of any war and that given the weapons of mass destruction debacle in Iraq, free speech should be paramount.

“In war, miscalculations can have terrible consequences,” he said. “We also know that misinformation can sometimes even slip through on our own side, as when the UK went to war in Iraq, mistakenly believing it had weapons of mass destruction.”

“As for the people of Ukraine, their need is for peace – not to become the epicenter of World War III,” Hayward added.

Assad: In ‘Democratic’ West, You’re Only Allowed One Opinion