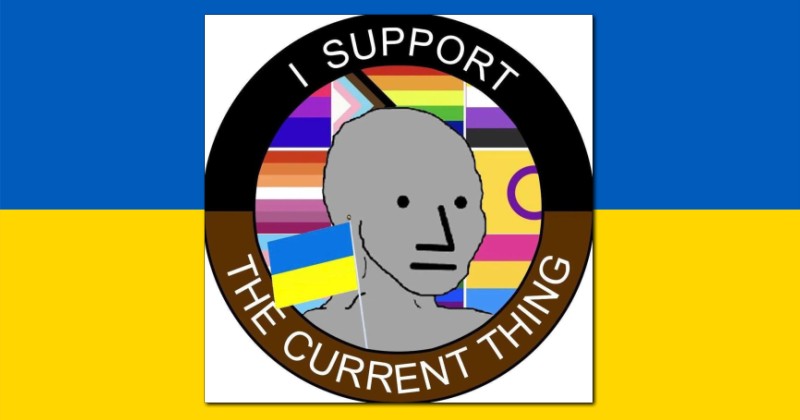 The revealing results of the survey, which was conducted by EKOS, were published by the Toronto Star.

On the flip side, unvaccinated Canadians were far less likely to support measures that would serve to escalate the conflict.

Indeed, a majority of unvaccinated (52%) don’t support any of the measures listed at all. “The overwhelming majority probably would have said “use diplomacy” if it was an option but the warhawks behind the poll left it off the list,” comments Chris Menahan.

The insightful poll results back up the claims of many, that the COVID narrative was switched for ‘support Ukraine’ virtually overnight by the media and the unthinking masses immediately displayed their ideological subservience.

It seems that mass support for whatever ‘current thing’ the political class and culture demands has become a form of cognitive addiction.

Humanity is seemingly dependent on defining itself by lurching from one crisis to another and weaponizing it to ostracize, publicly shame and deplatform dissidents who suggest all may not be as it seems.

Poll: Over 75 Per Cent of Russians Support Invasion of Poland