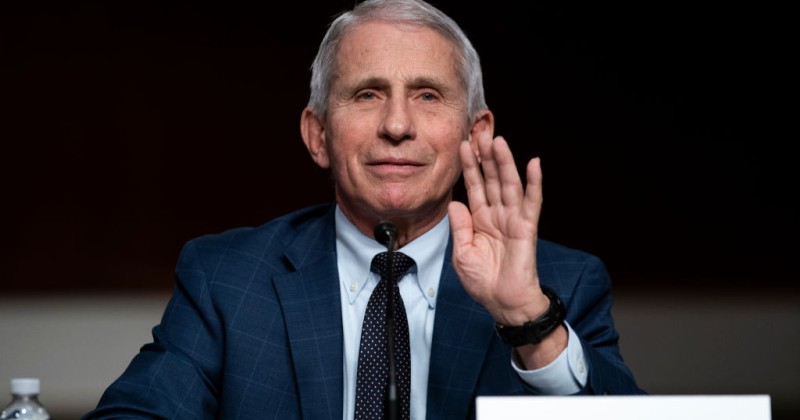 Dr. Anthony Fauci suggested that a new round of lockdown measures could be imposed to fight the new sub-variant of Omicron, despite him admitting its mortality rate is even lower than the original strain.

The sub-variant – known as BA.2 – has caused a surge in cases throughout Europe but just like the original Omicron this hasn’t led to any significant rise in hospitalisations or deaths.

Despite acknowledging this during a CNN interview, Fauci refused to rule out new lockdown measures.

“If in fact we do see a turnaround and a resurgence, we have to be able to pivot and go back to any degree of mitigation that is commensurate with what the situation is,” Fauci said.

“We can’t just say, ‘We’re done. We’re going to move on.’ We’ve got to be able to be flexible because we’re dealing with a dynamic situation.'”

"We can't just say we're done, now we're going to move on. We've got to be able to be flexible because we're dealing with a dynamic situation."

Dr. Anthony Fauci discusses with @jaketapper the BA.2 subvariant in Europe and what it means for the US. pic.twitter.com/VkoF2mJ6hh

Fauci reserved the option to impose restrictions despite figures out of the UK showing the mortality rate of BA.2 to be much lower than the original Omicron strain.

“The overall mortality is actually down,” said Fauci. “It’s a very interesting situation where the cases are going up, but it does not, at this point in time, appear to be any degree of severity.”

As we exhaustively highlighted, the original Omicron variant was seized upon by technocrats to delay the easing of pandemic restrictions and to layer more on top.

This occurred despite top scientists and health experts in South Africa asserting that the variant only caused mild symptoms.

The very same group of people who were proven spectacularly wrong on that occasion are once again ramping up the fear despite having lost all credibility.

Apparently, the legacy news media isn’t satisfied with the kind of surging clicks and viewing figures that they’ve enjoyed as a result of the war in Ukraine.

Perhaps aware that a cease fire may be approaching, the corporate press may once again attempt to save its slide into irrelevancy by resuscitating COVID as a dominant news narrative.