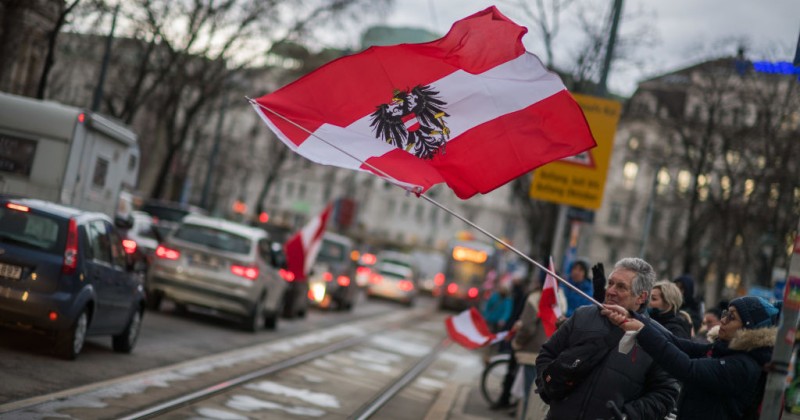 After a surge in COVID cases caused by the BA.2 Omicron sub-variant, Austria is set to re-impose mask mandates that were dropped just two weeks ago.

And there you were thinking the technocrats had finally let it go.

Mask mandates in every area of the country apart from the capital Vienna were lifted as part of the general continent-wide trend of finally learning to “live with COVID.”

That included ending the requirement for Austrians to show proof of vaccination or a negative test to enter most premises.

However, despite the BA.2 variant proving even less dangerous than the original Omicron variant in terms of hospitalisations and deaths, restrictions are being brought back.

“Austria to reintroduce mandatory mask mandates in most indoor settings starting next week, just two weeks after the requirement was abolished,” reports Disclose.tv.

JUST IN – Austria to reintroduce mandatory mask mandates in most indoor settings starting next week, just two weeks after the requirement was abolished.

Vienna Mayor Michael Ludwig has also announced that new restrictions will be imposed on hospitals, which will allow only one patient to visit at a time.

Ludwig has also refused to follow the national government’s decision to drop mask mandates, which will remain in place.

Members of Austria’s national COVID crisis coordination team (GECKO) may also be forced to resign due to apparent “anger” at the national government’s decision to end all restrictions earlier this month.

Maybe someone should explain to them that there is absolutely zero correlation between the lifting of lockdown rules and a spike in COVID cases or any real world evidence that masks work to reduce infection levels.

As we highlighted earlier, Dr. Anthony Fauci is also refusing to rule out new lockdown measures in the US despite admitting the new sub-variant’s mortality rate is even lower than the original strain.