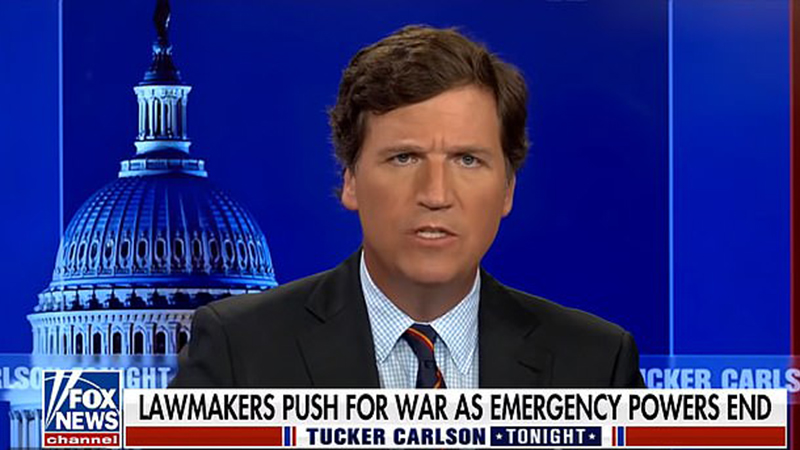 Tucker Carlson responded Monday to calls for his arrest after he covered the ongoing developments with U.S. run bio-labs in Ukraine.

Carlson specifically addressed the hosts of The View, who labeled him a “Russian propagandist,” “a foreign asset to a dictator,” and accused him of “helping Putin get away with criminal acts against civilians.”

Host Whoopi Goldberg declared “They use to arrest people for doing stuff like this.”

“So we are at war with Russia! We must send you to the gulag because freedom!” Carlson continued.

“Because a democracy, the one thing democracy doesn’t have patience for is dissenting views from its own citizens, particularly citizens who sincerely hope and pray for the best for their own country,” he also charged.

Carlson then delved into further revelations regarding the funding of bio-labs by the U.S. government.

“Over the weekend, CBS News reported that Pentagon officials have confirmed that these biolabs in Ukraine are, in fact, conducting research on anthrax and other ‘deadly pathogens,'” Carlson asserted.

He also noted that “The director of the U.S. Cooperative Threat Reduction Program, a man who would know a man called Robert Pope, has confirmed that scientists are keeping Soviet-era pathogens for research purposes in Ukraine.”

“They told us they were destroying them. They should have destroyed them, but they haven’t. What could go wrong in an active war zone? And they knew that those pathogens existed and were being experimented upon, researched,” Carlson urged.

The host also invited Tulsi Gabbard back to discuss the mater after she was lumped in for potential arrest by the afore mentioned detractors:

The full segment is below: