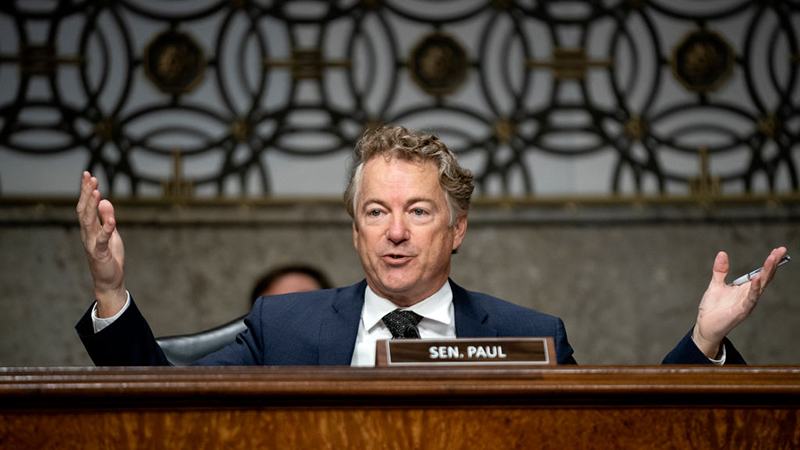 Senator Rand Paul has announced that he intends to introduce an amendment in the Senate to prevent anyone from ever again becoming a health ‘dictator in chief’.

In an op-ed for Fox News, Paul noted that the action “would eliminate Dr. Fauci’s position as NIAID director,” as well as “divide his power into 3 separate institutes.”

Paul explained that “Each of these three institutes will be led by a director who is appointed by the president and confirmed by the Senate for a five-year term.”

The Senator added that “This will create accountability and oversight into a taxpayer-funded position that has largely abused its power and has been responsible for many failures and misinformation during the COVID-19 pandemic.”

“No one person should have unilateral authority to make decisions for millions of Americans,” Paul urged, adding that his amendment could “ensure that ineffective, unscientific lockdowns and mandates are never foisted on the American people ever again.”

“No one person should have the sole authority to dictate science, especially when that one person wasn’t ever following the science,” Paul asserted, emphasising that “For two years our lives were held captive by petty tyrants and power-hungry bureaucrats.”

Paul pointed to the recent Johns Hopkins study that found global lockdowns have had a much more detrimental impact on society than they have produced any benefit, with researchers urging that they “are ill-founded and should be rejected as a pandemic policy instrument.”

“A rational person might ask, how in the world did it take us so long to get to the truth?” Paul noted, asking “Why did we spend two years not following the science?”

“Well again, that’s what happens when “the science” is dictated by one man, an unelected bureaucrat with far too much power,” he concluded, referring to Fauci.

“Dr. Fauci caused people to engage in activities they wouldn’t have normally by telling them it was safe when masked when it wasn’t. I tried to sound the alarm, but I was censored by YouTube and my videos were taken down,” Paul noted.

He continued, “Dr. Fauci and his friends worked diligently to silence opposing views. The media amplified his efforts. We were branded conspiracy theorists and anti-science for simply asking questions and presenting alternatives to what had been delivered to the American people as ‘fact.'”

As we noted at the time, YouTube suspended Paul for questioning the efficacy of face masks despite the fact that the Senator’s comments were virtually identical to those made by Joe Biden’s former COVID adviser Dr. Michael Osterholm just one week prior.

Months later, when the CDC revised its guidelines on masks, admitting that cloth masks do virtually nothing to stop the spread of COVID, Paul asked “Does this mean snot-nosed censors at YouTube will come to my office and kiss my … and admit I was right?”

“The biggest lesson we have learned over the last two years is that no one person should have this much unchecked power. And my amendment, which will get a vote this week, will finally force accountability and fire Dr. Fauci,” Paul asserted Sunday.

Fauci Says MORE Vaccines WILL Be Needed; “We’re Not Done With This”