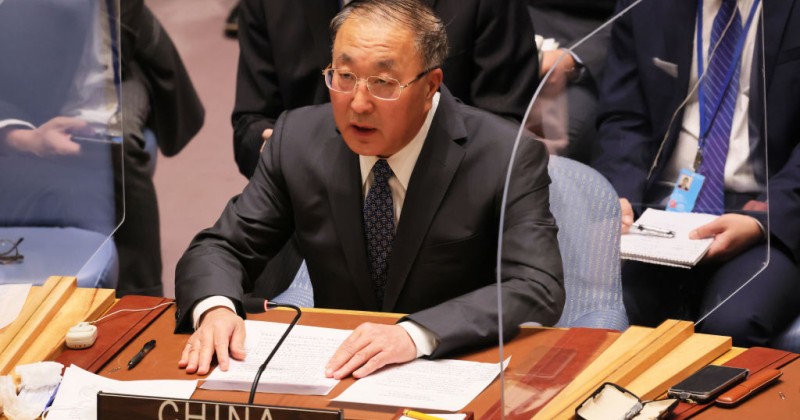 China has amplified Russian claims, dismissed as “disinformation” in the west, that the United States has a network of biological labs in Ukraine that are being used to research how to spread pathogens through animals.

The US State Department insists that the secretive biolabs are purely focused on “securing Cold War era Soviet bioweapons,” although this hasn’t stopped accusations flying about more nefarious purposes.

Such concerns were bolstered after Under Secretary of State Victoria Nuland expressed fears that the labs would fall into the hands of Vladimir Putin.

“We are now in fact quite concerned that Russian troops, Russian forces, may be seeking to gain control of [those labs], so we are working with the Ukrainians on how they can prevent any of those research materials from falling into the hands of Russian forces should they approach,” said Nuland.

This prompted journalist Glenn Greenwald to note that Nuland had “destroyed… any hope to depict such ‘facilities’ as benign or banal.”

Now Beijing has upped the ante by amplifying Russian claims that the labs are part of a secret biological warfare research program.

Such claims are being circulated in the run up to a crucial meeting between Yang Jiechi, China’s top foreign policy official, and Jake Sullivan, US national security adviser, after it was reported Russia had asked China for military equipment.

“Xinhua, the official state news agency, on Sunday published a “satellite investigation”, posting satellite images of supposed US labs identified by Russia. Xinhua repeated Russian claims that the US was seeking to learn how to spread pathogens through animals,” reports the Financial Times.

“The Global Times, a nationalist tabloid, ran a story based on an article published in Russian daily newspaper Izvestia, in which an unnamed former Ukrainian official claimed that Ukraine had a network of military research facilities under the supervision of its security services and modernised by the US.”

Zhang Jun, China’s permanent envoy to the UN, also sought to discredit US assertions that claims about the biolabs were without merit, insisting that “concerns raised by Russia should be properly addressed.”

“The US always says they advocate transparency. If they believe the relevant information is fake, they can just provide us with relevant data for clarification, so that the international community can draw a conclusion by itself,” Zhang said.

According to Beijing, US biological military activities in Ukraine represent “merely the tip of the iceberg.”