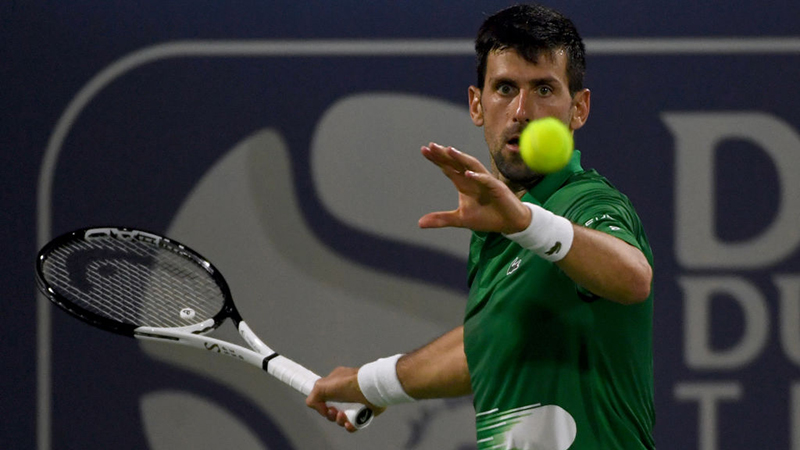 Tennis star Novak Djokovic has been denied entry into the U.S. by the Biden administration because he remains unvaccinated against COVID.

Djokovic announced Wednesday that as he expected, he will not be able to compete in upcoming tournaments in California and Florida because CDC regulations mean as a foreign national he will not be granted a visa.

Djokovic tweeted “While I was automatically listed in the @BNPPARIBASOPEN and @MiamiOpen draw I knew it would be unlikely I’d be able to travel.”

The multi time grand slam champion added that “The CDC has confirmed that regulations won’t be changing so I won’t be able to play in the US. Good luck to those playing in these great tournaments.”

So there’s no entry for Djokovic into the U.S. without a vaccination, but for more than two million illegal immigrants the Biden administration is willing to look the other way.

Following his incarceration and eventual deportation from Australia at the beginning of the year, Djokovic asserted that “my body is more important than any title or anything else.”

The legend has vowed to boycott all tournaments, including Wimbledon in London and the French Open in Paris if organisers say he must be vaxxed in order to take part.

In an interview with the BBC, the multi-time grand slam champion said  “That is the price I am willing to pay,” when asked if he would miss further events should they mandate vaccinations for participants.

“I’m trying to be in tune with my body as much as I possibly can,” Djokovic continued, adding “for me, as an elite professional athlete I have always carefully reviewed and assessed everything that comes in, from the supplements, the food, the water that I drink or sports drinks, anything really that comes into my body as a fuel.”

“Based on all the information that I got, I decided not to take the vaccine,” he further declared.

As we reported at the time, Djokovic won his appeal against having his visa cancelled, yet Australian authorities clearly planned to make an example out of him over his beliefs on vaccination as a warning to others.

While he has only managed to play three matches in 2022, Djokovic is still ranked number 2 in the world.

DeSantis: “There Is No Place In Florida For COVID Theater”