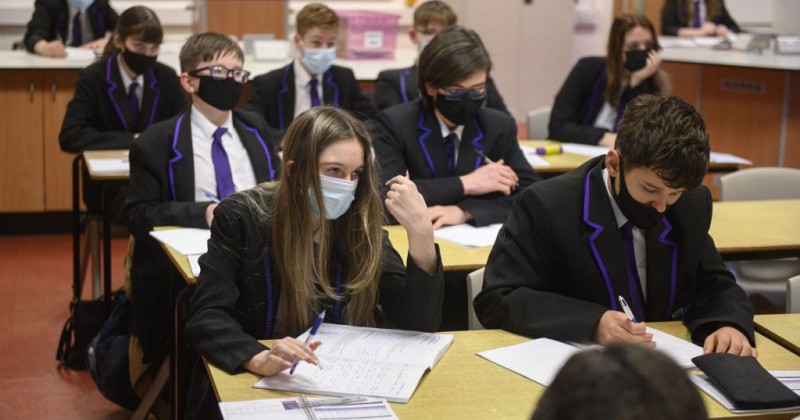 A senior epidemiologist has publicly apologized to his daughter’s generation for failing to more strenuously oppose “morally wrong” COVID lockdown measures such as school closures that caused massive damage to children.

The stunning admission was made by Professor Mark Woolhouse, who revealed to Sky News that he was told to “correct” his views after he criticized doomsday COVID models.

The Edinburgh University academic said “plain common sense” was a “casualty” of lockdown and that his daughter’s generation “has been so badly served by mine.”

“If this projection had been extended for another week we would be talking about one hundred thousand cases per day. Another month would have given us close to half a million. Per day. An exponential projection will give you any number you like if you run it for long enough,” said Woolhouse.

When Woolhouse, author of a new book called The Year the World Went Mad, officially lodged skepticism about the figures, he said his “objections did not go down well”.

“After a flurry of emails I was invited to ‘correct’ my comments,” he says.

Professor of Epidemiology Mark Woolhouse claims the UK "rushed" into lockdown in March 2020 "because basically that's what they did with China".#KayBurley https://t.co/3xvxkPE8OF

Suggesting someone high in government was behind the demand, Woolhouse asserted, “it wasn’t my views that needed correcting, it was the projections.”

However, the situation played out for a second time when a new model in October 2020 predicted 4,000 deaths a day in the UK despite the “fact that the second wave was already beginning to slow.”

“The model that generated the 4,000 deaths a day figure was an outlier – all the other model projections gave much lower numbers,” writes Woolhouse, noting how the graph was broadcast to millions of TV viewers anyway.

Woolhouse also revealed how the government knew “people over 70 were 10,000 times more likely to die from COVID than those under 15,” but deliberately pursued policies that didn’t take this into account and harmed children.

Woolhouse’s comments would have normally made for a banner headline news story.

However, they serve as another reminder that the war in Ukraine has completely obliterated the harm caused by lockdown from the news, and with it the culpability of countless top technocrats who imposed it on the rest of us.

Whether anyone will face any kind of responsibility for the devastation wrought on the population, particularly children, appears to a diminishing possibility.

DeSantis: “There Is No Place In Florida For COVID Theater”

Video: DeSantis Tells Students Standing Behind Him To Take Off “Ridiculous” Masks