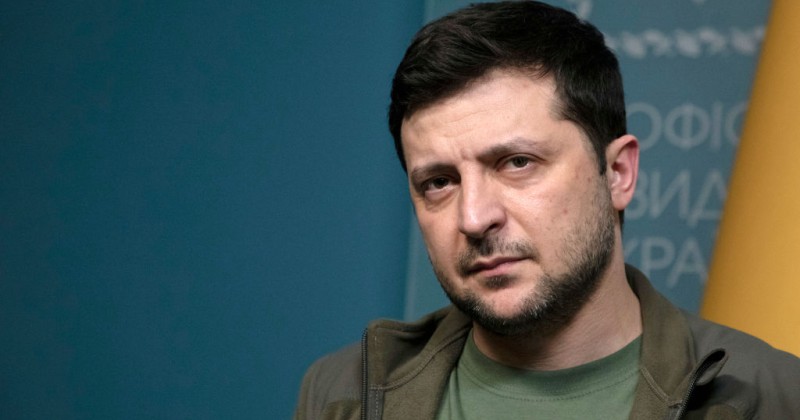 The Washington Post investigated the veracity of Ukrainian president Volodymyr Zelensky responding to a U.S. offer to evacuate him with the words, “The fight is here; I need ammunition, not a ride,” and found no evidence to confirm he ever made the statement.

The newspaper could only find a single source for the quote, one anonymous “senior American intelligence official” who fed it to the Associated Press.

Noting how the quote appeared in hundreds of news sources and was repeatedly played on television broadcasts, the WaPo concludes, “The only evidence for this line is an unnamed U.S. official. It has not been confirmed by either the U.S. government or Zelensky’s office.”

“Administration officials expressed confusion about the claim to The Fact Checker — they deny Zelensky was asked to leave Kyiv by the U.S. government — and said they do not know what call the AP is citing.”

“I need ammo, not a ride”, may well go in the annals of history, as one of the greatest war-time quotes! #Zelensky #Ukraine pic.twitter.com/98uK5c5HH7

It clearly appears that the Zelensky quote was invented to bolster the narrative that the Ukrainian president was ready to fight alongside his soldiers.

“The purpose of all these lies were to con the West into World War III and push Ukrainians to sacrifice their lives in defense of NATO expansionism and the Zelensky regime,” claims Chris Menahan.

As we have previously highlighted, in just the space of the last 10 days, there have been numerous major incidents that were either grossly exaggerated or completely fabricated.

These include the ‘Ghost of Kiev’ myth, the Snake Island massacre hoax, inaccurately dated photographs of Zelensky wearing combat gear, the ‘attack’ on a Holocaust memorial that never happened, in addition to dubious claims about an attack on a nuclear plant.