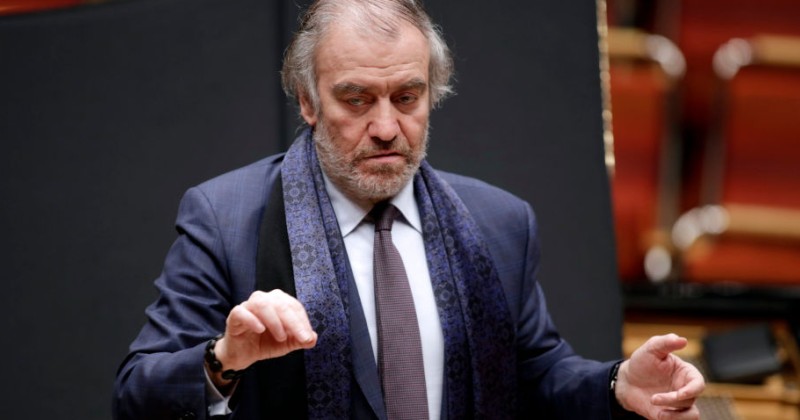 The Russian-born chief conductor of the Munich Philharmonic was fired from his job after refusing to acknowledge Mayor Dieter Reiter’s demand that he condemn Vladimir Putin.

Music maestro Valery Gergiev was sacked three years before his contract was due to end because he refused to submit to Dieter’s call for him to denounce Putin’s “brutal war of aggression.”

“And Anna Netrebko, the Russian diva who is one of opera’s biggest international stars and also has ties to Mr. Putin, saw her upcoming engagements with the Bavarian State Opera canceled, and the Zurich Opera House announced that she had withdrawn from her next performances there,” reports the New York Times.

Reiter had given Gergiev until Monday to respond to a “demand” that he express his ideological conformity, but it wasn’t forthcoming.

According to the Times, the star conductor had been subjected to “widespread anger and condemnation” over his wrongthink.

Valery Gergiev, the star Russian maestro and prominent supporter of President Vladimir Putin of Russia, was removed Tuesday from his post as chief conductor of the Munich Philharmonic after he refused to denounce Putin’s invasion of Ukraine. https://t.co/1wE0leNqGr pic.twitter.com/KsnXMDQd7Y

“I would have expected him to reconsider and revise his very positive assessment of Russia’s leader,” Mr. Reiter said in a statement. “He didn’t.”

Gergiev was also dismissed from his position as honorary conductor of the Rotterdam Philharmonic Orchestra and the orchestra said it was eliminating its “Gergiev Festival” over the Russian’s refusal to support Ukraine.

As we previously highlighted, Russians are having their Apple Pay and Google Pay services suspended, leaving many of them struggling to pay to use public transport.

Russians are also being deplatformed on a national level by companies refusing to provide them with services, despite them having nothing to do with the actions of the Kremlin.

The same kind of punishments haven’t been inflicted on Saudi Arabians despite their government continuing to bombard Yemen.

Mayor Dieter previously requested that Munich’s Allianz Arena be illuminated in LGBT flag colors to protest against a law in Hungary that banned promotion of homosexuality and transgenderism to children, but UEFA refused.

“What would happen if prominent Muslims were delivered ultimatums to denounce Islam after a Muslim terrorist attack or lose their jobs?” asked Chris Menahan.

“What would happen if prominent Jews were given ultimatums to denounce Israel after an attack on Palestinians or lose their jobs?”

The Purge Of RT News Continues As DirecTV Cuts Off Broadcasts in U.S.