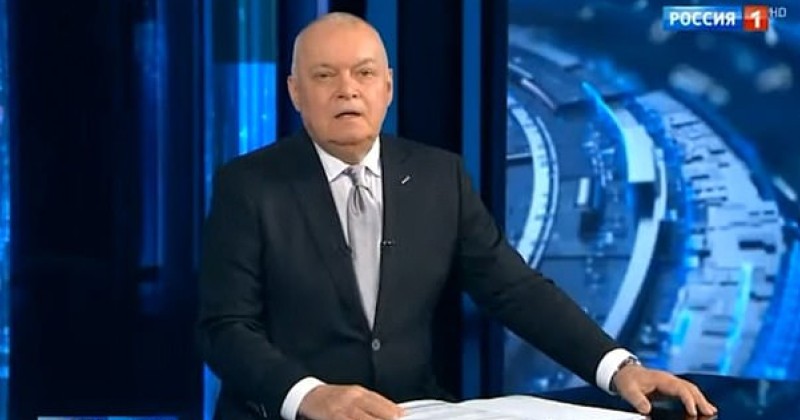 A Russian TV host dubbed “Putin’s chief propagandist” has threatened the nuclear destruction of America and NATO countries, asking, “Why do we need the world, if Russia isn’t there?”

“Our submarines can shoot more than 500 nuclear warheads,” said Kiselyov, adding, “This would guarantee destruction of the USA, and all other NATO countries.”

The TV host suggested that there was no point to life continuing on earth if Russia ceased to exist, asserting, “In accordance with the principle, why do we need the world, if Russia isn’t there?”

Kiselyov went on to hype the strength of Moscow’s nuclear arsenal, bragging, “Russia’s nuclear arms are delivered by the world’s fastest strategic bombers.”

“That’s without even mentioning Russian Strategic Missile Forces. The Russian nuclear potential is the strongest in the world.”

“A conflict between Russia and NATO over Ukraine – nothing like this has been said before,” he said.

Yesterday, Putin ordered his nuclear forces to adopt a “special regime of duty” in response to what he called “aggressive statements” from NATO leaders and economic sanctions.

Video: Dem Rep. Suggests Kicking Out Every Russian Student In The U.S.