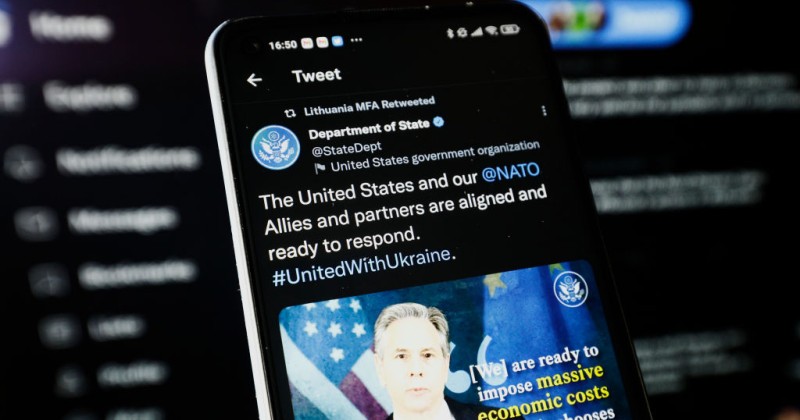 Twitter announced that it was monitoring “emerging narratives” about the Ukraine war that will be censored if they represent a violation of the company’s policies.

The announcement was made in response to Twitter deleting tweets and suspending accounts that had posted videos of Russian tank divisions and helicopters heading to Ukraine.

After users complained, Twitter acknowledged that it had targeted the accounts in “error” and they were later restored.

However, a statement by a Twitter spokesperson is likely to cause alarm amongst free speech advocates.

“We took enforcement action on a number of accounts in error,” the statement said, adding, “We’ve been proactively monitoring for emerging narratives that are violative of our policies.”

The use of the term “emerging narratives” suggests that Twitter will begin censoring certain perspectives on the conflict in the context of their policy on “misinformation.”

Twitter accounts sharing video from Ukraine are being suspended when they’re needed most https://t.co/88VI7qCtSt pic.twitter.com/yEo6aVfUS4

These problematic “narratives” are almost certainly likely to be ones that question narratives being put out by the Biden White House and NATO sources.

Similar rules were applied to skepticism expressed towards COVID vaccines as well as the lab leak theory, which was once deemed to be ‘harmful misinformation’ but is now widely accepted as the most likely explanation for the pandemic.

The potential for the Russian attack on Ukraine to be exploited to push for further censorship and blacklisting of free speech in the west is a clear danger.

For weeks, leftists have been trying to smear Tucker Carlson as being guilty of “treason” over him accusing the Biden administration of exploiting tensions between Russia and Ukraine to distract from the president’s dreadful handling of domestic issues.

The word “traitor” also trended on Twitter yesterday in response to Nigel Farage suggesting that NATO should share some blame for Putin’s actions.

Because that’s sure to stop Putin’s war machine.

In fact, the T-90 tanks are already heading back to Moscow as we speak.