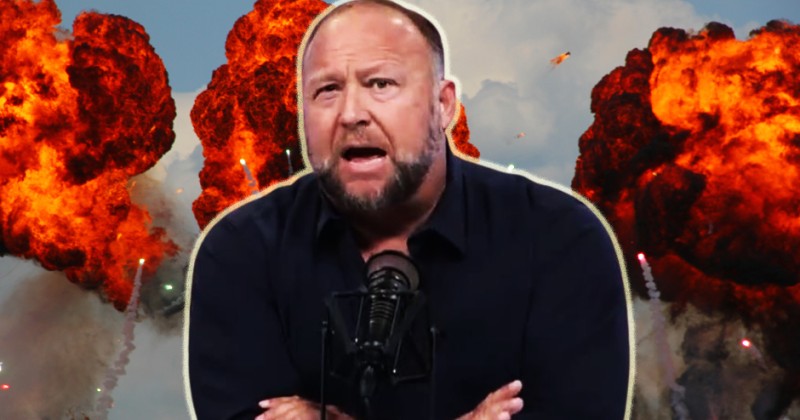 A prediction by radio host Alex Jones made in October last year that there would be a “giant war in February” has proven stunningly accurate following Russia’s attack on Ukraine.

The prediction moved a lot closer to reality last night when Russia obliterated Ukraine’s military infrastructure and made further moves to invade and occupy the country.

After discussing how he had been talking to sources inside the military-industrial complex, Jones made the prediction on October 21st last year.

“Currently that’s the projection with the top people on the earth right now who claim they’re not with the new world order combine – is war in February,” he added.

The host went on to add that he hoped the regional conflict didn’t explode into a global war, but that there was a “consensus” from within the upper echelons that this is what would unfold.

Given that China is currently massively escalating its activity against Taiwan as well as making further moves to swallow up Hong Kong, Russia’s actions in Ukraine could unfortunately just be the start of a huge conflagration.

Twitter users reacted to Jones’ prediction of a “giant war in February,” with many impressed ay the accuracy of the call.

But he's the crazy one🙄Dude was spot on💯

And the one guy who knows and is most often right, isn't allowed to have a platform. Funny how that works.

In line with Musk predicting a recession in spring 2022.

Imagine the one guy no public figure will quote without a disclaimer and the media loves to mock get it right.