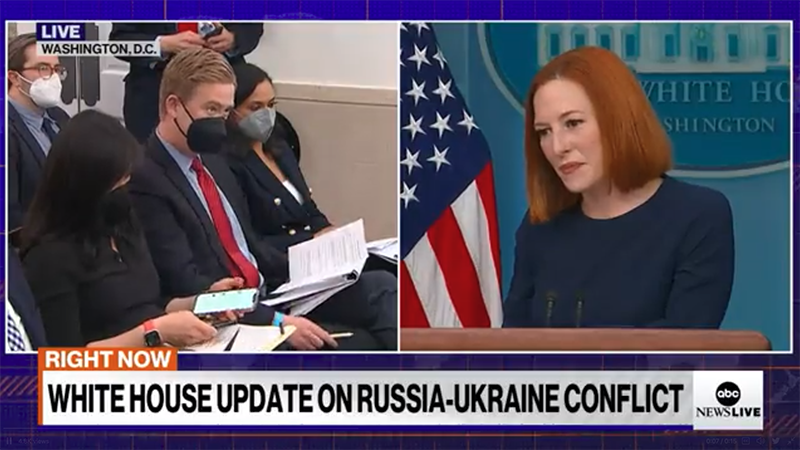 Fox News reporter Peter Doocy once again revealed the failings of the current administration, pointing out that Biden promised in 2019 to put a halt to Vladimir Putin’s threats against the U.S. and Russia’s neighbours in Europe.

“It’s 2.5 years later, he is intimidating the United States and those in Eastern Europe. What happened?” Doocy asked White House press secretary Jen Psaki, who answered by ludicrously claiming “President Biden has rallied the world, rallied Europe, to stand up against the efforts and the actions of President Putin.”

Doocy also asked Psaki why Biden believes more sanctions will do anything to deter Putin, after noting that he’s repeatedly said global warming is the greatest threat to the U.S.

“Why do you guys think that sanctions are going to stop Putin if his goal, ultimately, is to redraw the map, so it looks like it did 70 or 80 yrs ago? What sanction is going to stop them from doing that?” Doocy asked.

Later on in the briefing, another Fox reporter Hillary Vaughn, who happens to be Doocy’s wife, asked why sanctions were not implemented before now, noting “if Nord Stream 2 going online was such a threat, why in May did the President waive sanctions on the company and the chief executive behind it?”

Again Psaki had no real answer. Neither did she have an answer for Real Clear Politics’ Phillip Wegmann who also asked if any of Putin’s inner circle had been sanctioned previously, or if they were “being sanctioned for the first time.”

The questions came following another disastrous press conference where Biden told Americans that they are going to have to put-up with “costs for us as well, here at home,” as a result of his approach to Russia, and then refused to answer any questions on the matter, instead acting sarcastically and eventually shuffling away:

The pathetic performance even prompted the likes of CNN and MSNBC to ask what the hell Biden is doing: 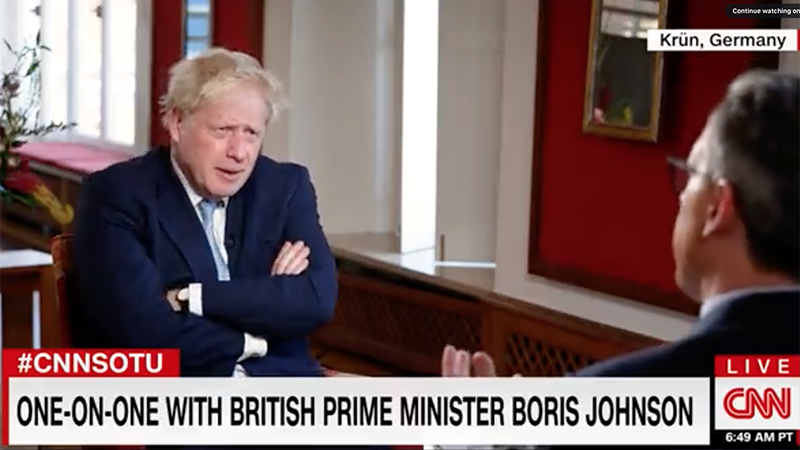 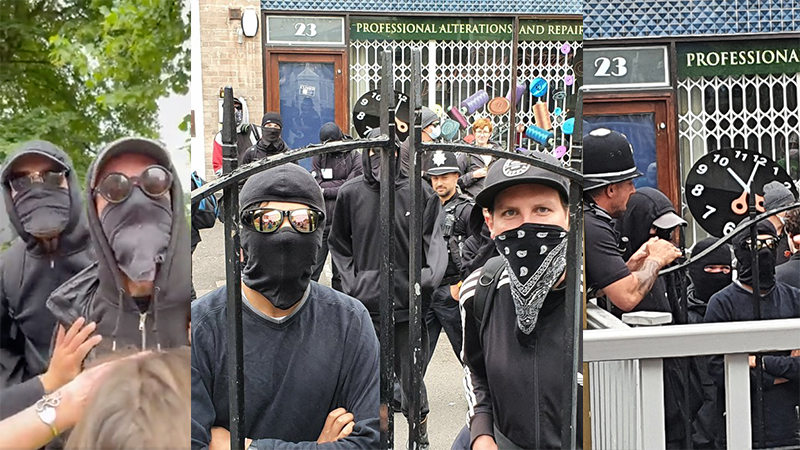