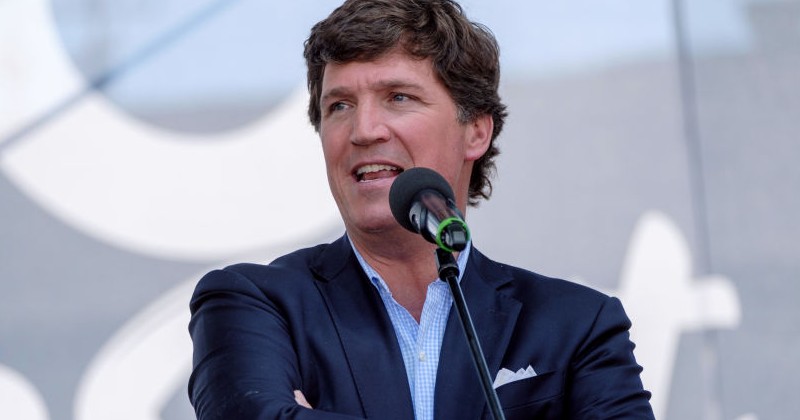 Harvard law professor Laurence Tribe suggested that Fox News host Tucker Carlson could be guilty of “treason” for giving “aid and comfort” to Russia, before hastily backpedaling and deleting his tweets.

The author made the assertion on the eve of the news that Vladimir Putin had recognized the independent states of Luhansk and Donetsk and sent in troops on a “peacekeeping” mission.

“If Putin opts to wage war on our ally, Ukraine, such ‘aid and comfort’ to an ‘enemy’ would appear to become ‘treason’ as defined by Article III of the US Constitution,” he added.

Laurence Tribe has now deleted his original tweet as well as his follow-up. pic.twitter.com/hPPZ5cJ49s

However, as soon as he began to receive pushback, Tribe deleted his tweet and scuttled away with his tail between his legs.

Admitting that he “misled” people, the professor said he “should’ve been more careful” in his language as “we’re not at war with Russia.”

However, even if the U.S. were at war with Russia, being critical of Joe Biden’s handling of the issue wouldn’t be an act of “treason,” as constitutional experts pointed out.

This is not the type of “aid and comfort” that would qualify as treason. Please leave these tropes in the past where they belong. https://t.co/EEc4JDTN4d

This is completely false. Constitutional text, history, and precedent say this is false. It's not even in the same ballpark as the truth. Here's a very helpful discussion of "treason" from the National Constitution Center: https://t.co/zFL2sQ4ouO https://t.co/RcxjpNKXWH

Carlson’s adversaries had previously tried to smear him as a Kremlin agent merely for seeking to obtain an interview with Vladimir Putin.

The Fox News host’s main gripe with the president is that he appears to be exploiting the hysteria surrounding Russia to distract from domestic issues.

“Russia is a very comfortable topic for Joe Biden,” Carlson said last week. “He enjoys talking about it much more than talking about, say, inflation, or crime, or fentanyl deaths, or about how half the population of Haiti appears to be showing up in Florida in leaky boats. Those topics may interest you since you live in this country, but not Joe Biden.”

Rand Paul Warns That Trudeau’s Tyrannical Emergencies Act Can Be Implemented In U.S.