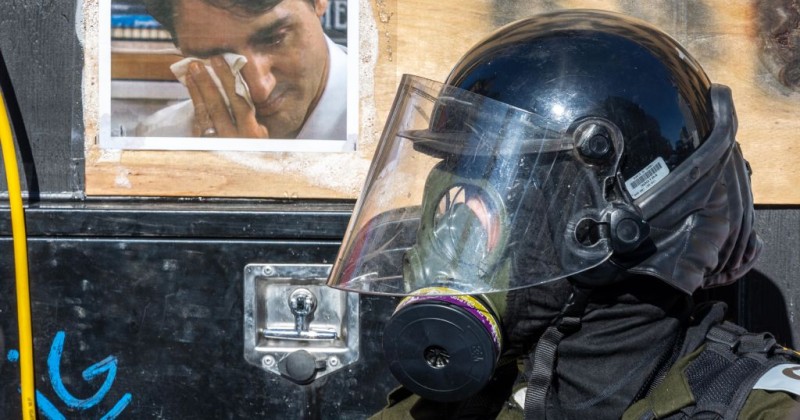 Even staunchly pro-globalist magazine The Economist is shocked at Justin Trudeau’s treatment of Canadian truckers, warning him to “stop policing thoughts.”

Despite the magazine arguing that Trudeau was “right to enforce” vaccine mandates it also said that “the truckers have every right to express their disagreement.”

“A wise government would listen to them and respond politely, taking their complaints seriously and patiently explaining why covid restrictions, though onerous, are necessary for the time being,” the magazine stated.

“Justin Trudeau has done the opposite. First, he refused to meet them. Then, seizing on the fact that a few of the protesters appear to be bigots, he attempted to put all of them outside the boundaries of reasonable debate by condemning ‘the anti-Semitism, Islamophobia, anti-black racism, homophobia and transphobia that we’ve seen on display in Ottawa over the past number of days.”

Canada is not yet a rancorous or bitterly divided society. If Justin Trudeau wants to keep it that way, he should stop trying to police Canadians’ thoughts https://t.co/a3kRtDWxtm

The publication said the treatment of the truckers was consistent with Canada’s increasingly draconian approach to free speech, characterized by hate speech laws that criminalize people “simply for holding views that the left finds offensive.”

“Canada is not yet a rancorous or bitterly divided society. If Mr Trudeau wants to keep it that way, he should stop trying to police Canadians’ thoughts,” the magazine reported.

Observers have compared Trudeau’s response to the Freedom Convoy as being similar to how authoritarian regimes like China would deal with anti-government protests.

As we highlighted yesterday, Canada is now moving to make parts of its Emergencies Act permanent, including freezing the bank accounts of people who donate to political causes the government disapproves of.

Despite the Freedom Convoy protests being brutally dispersed, Trudeau himself gave a speech yesterday insisting, “The state of emergency is not over.”