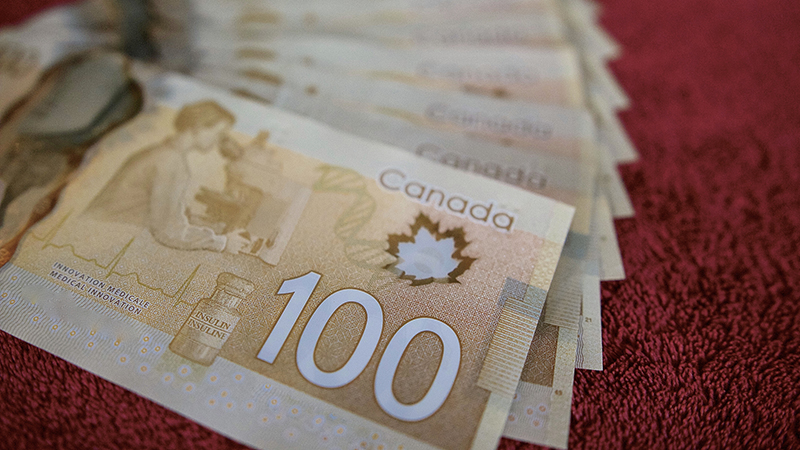 Canadian MP Mark Strahl related how a single mother in his district has had her bank account totally frozen by the Trudeau regime after she completely legally donated $50 to the trucker Freedom Convoy.

“Briane is a single mom from Chilliwack working a minimum wage job,” Strahl tweeted, adding “She gave $50 to the convoy when it was 100% legal. She hasn’t participated in any other way. Her bank account has now been frozen.”

The MP further urged “This is who Justin Trudeau is actually targeting with his Emergencies Act orders.”

“I am not going to help you dox her,” Strahl asserted, adding “I know who she is and I won’t stop fighting for her.”

This is just one of hundreds if not thousands of cases, however the exact number of accounts that have been frozen is unknown because, despite the demands of MPs, the government will not provide further information.

In addition to targeting bank accounts, the mayor of Ottawa Jim Watson has suggested confiscating vehicles from freedom protesters and selling them, thus taking away their livelihoods.

The tyrannical actions of the Canadian government are now on show for all to see. Conservative Shadow Minister for Finance Pierre Poilievre slammed Trudeau’s “unjustifiable power grab,” and specifically addressed the targeting of those who have donated to the “wrong political cause.”

Poilievre described it as “Not just an attack on their finances, but on their personal security.”

He emphasised “If your bank account is frozen, you can’t buy food, you can’t buy fuel, you can’t pay your children’s daycare fees, and you can, under this law, face that personal attack without being charged with a single solitary crime.”

Poilievre further warned “This is time limited, but his own finance minister said she wants some of the tools to be permanent. He said it will be geographically targetted, yet his own parliamentary secretary for justice said ‘the act technically applies to all of Canada,’ so the rules apply everywhere and indefinitely.”

The comments came as Trudeau vowed that emergency measure will remain in place, and the Canadian parliament voted to keep them in force.

As we noted yesterday, Canada has moved to make the asset freezing part of its Emergencies Act a permanent fixture.

Video: Reporter Asks “What Happened?” After Pointing Out Biden Promised To Stop Putin’s Threats 2 YEARS AGO

Trudeau Says ‘State of Emergency’ Will Remain in Place