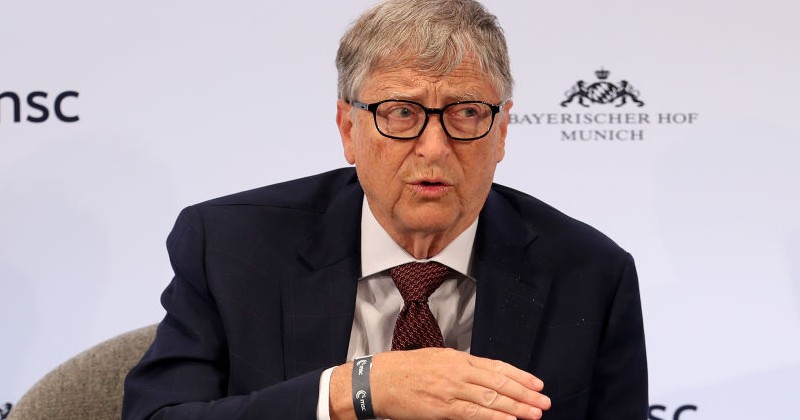 During an event at the Munich Security Conference, Bill Gates said that “sadly” Omicron is a “type of vaccine” and has “done a better job getting out to the world population than we have with vaccines.”

The Microsoft co-founder made the remarks after being asked to assess where the world was at in its fight against COVID-19.

“Sadly, the virus itself, particularly, the variant called omicron, is a type of vaccine, that is it creates both B-cell and T-cell immunity, and it’s done a better job getting out to the world population than we have with vaccines,” Gates lamented.

The billionaire went on to point out that 80 per cent of Africans have either been vaccinated or infected with one of the variants (with the minority having been vaccinated).

“That means the chance of severe disease, which is mainly associated with being elderly and having obesity or diabetes, those risks are now dramatically reduced because of that infection, exposure,” said Gates.

🚨|BILL GATES: ‘Sadly, the virus itself, Omicron, is a vaccine and its done a better job… than we have with vaccines.

However, despite this seemingly good news, Gates still expressed regret that it highlighted the vaccine rollout not being as successful as it could have been.

“It’s sad we didn’t do a great job on therapeutics, only two years in, and we have a good therapeutic. Vaccines have took us two years to be in oversupply. Today, there are more vaccines than there is demand for vaccines,” he said.

While Gates is obviously referring to the slow roll out of vaccines to countries in Africa and elsewhere, those who have made vast profits from vaccines and regular boosters are also likely to be ‘sad’ that Omicron has provided massive natural immunity.

That includes companies like Pfizer, who as FDA Executive Officer Christopher Cole recently admitted, have a “money incentive” to to “promote additional vaccinations.”

Previous studies have shown that being infected with COVID provides far superior natural immunity than the vaccine itself.

The Times of Israel previously reported on how natural immunity provided Israelis with “longer-lasting Delta defense than vaccines.”

Prominent Lockdown Advocate Admits He Got it Wrong