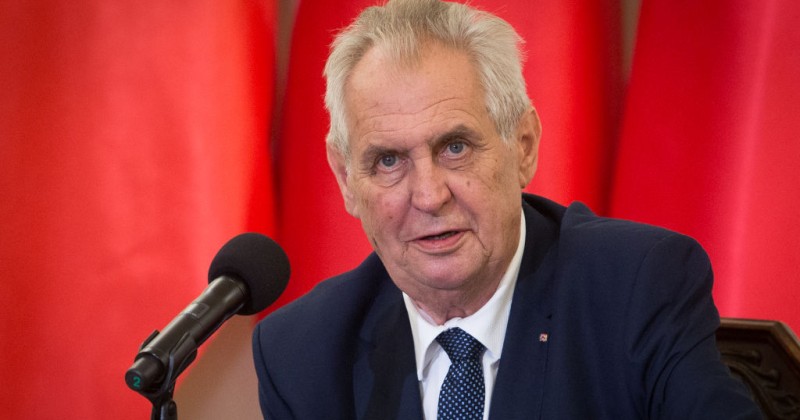 Czech President Miloš Zeman says Russia would be “crazy” to start a war with Ukraine and that constant false claims they are about to attack represent a massive “embarrassment” to the U.S.

Joe Biden today insisted yet again that Russia was set to invade Ukraine “within days,” despite U.S. intelligence official claims of an attack set for February 16th proving to be a complete dud.

Biden told reporters on Thursday that “every indication that we have is that they are prepared to go into Ukraine, attack Ukraine.”

“My sense is it will happen within the next several days,” Biden added.

The same breathless propaganda was published by numerous media outlets at the end of last week, but nothing happened.

According to Zeman, constantly being proven wrong represents an embarrassment for the U.S. on a par with the failure to find WMD in Iraq and the Taliban takeover of Kabul.

“As for the U.S. intelligence services, this is their third embarrassment. The first was in Iraq, where no weapons of mass destruction were found. The second was in Afghanistan when they claimed that the Taliban would never conquer Kabul. Well, the third is now,” Zeman said.

He added that further claims that Russia is still massing troops on the border, despite Moscow insisting it is withdrawing them after the end of an exercise, is just another effort on behalf of the U.S. and NATO to save face.

“I think it’s an attempt to cover up the embarrassment. I received a message that the attack would begin in five days. It came from U.S. sources five days ago. Well, as you can see, it didn’t happen,” said Zeman.

The Czech President asserted that Russia would be insane to start a war with would bring international condemnation and prove the U.S. correct.

“Russians are not crazy about embarking on an operation that will do them any more harm than good,” he told the media.

But the Regime Promised Me a War!