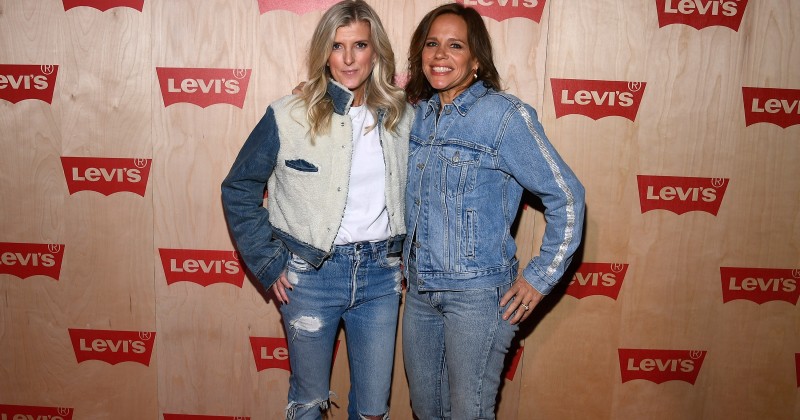 Levi’s former Brand President Jennifer Sey claims she was offered $1 million dollars by the company to stay silent about why she was fired – for her criticism of COVID restrictions and particularly the closure of schools.

Sey made the assertion in an article posted to the Common Sense channel on Substack run by Bari Weiss.

The gymnast had worked with Levi’s for two decades having previously competed at the 1986 Goodwill Games in Russia.

However, she was fired after being targeted by a mob campaign because she dared to suggest that making children wear masks and forcing them to miss school might be harmful.

“Anonymous trolls on Twitter, some with nearly half a million followers, said people should boycott Levi’s until I’d been fired,” Sey wrote. “So did some of my old gymnastics fans. They called the company ethics hotline and sent emails.”

As we previously highlighted, Sey is completely correct in her criticism given that speech therapists are now reporting a 364% increase in patient referrals of babies and toddlers over developmental disorders caused by mask wearing.

After CEO Charles Bergh told Sey that if she stopped speaking out, she’d eventually become the company’s next CEO, Sey briefly muted her dissent.

However, thanks to the mob pressure, Sey was told her position was “untenable” and was then offered $1 million dollars to not reveal why she was fired.

“The money would be very nice. But I just can’t do it. Sorry, Levi’s,” wrote Sey.

“I never set out to be a contrarian. I don’t like to fight. I love Levi’s and its place in the American heritage as a purveyor of sturdy pants for hardworking, daring people who moved West and dreamed of gold buried in the dirt.”

“But the corporation doesn’t believe in that now.”

“It’s trapped trying to please the mob—and silencing any dissent within the organization. In this it is like so many other American companies: held hostage by intolerant ideologues who do not believe in genuine inclusion or diversity.”

Revealing that she was also labeled “racist” for speaking out against COVID restrictions, Sey wrote that she decided to keep her voice rather than take the money.

“Early on in the pandemic, I publicly questioned whether schools had to be shut down.”

“This didn’t seem at all controversial to me. I felt—and still do—that the draconian policies would cause the most harm to those least at risk, and the burden would fall heaviest on disadvantaged kids in public schools, who need the safety and routine of school the most.”

“‘You know when you speak, you speak on behalf of the company,’ our head of corporate communications told me, urging me to pipe down.”

Despite pleading that she was merely speaking in a personal capacity as “a public school mom of four kids,” Sey said the final straw was when she appeared on Fox News with Laura Ingraham and criticized further school closures.

In reality, she was fired after intense pressure and relentless phone calls from people at every level of the company, right up to the CEO.