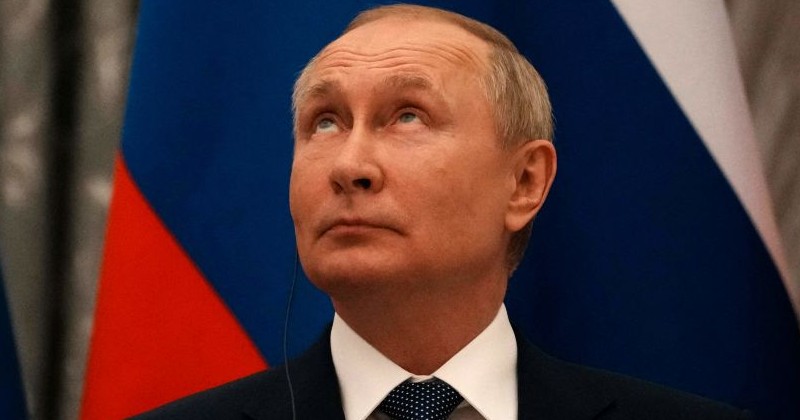 Shortly after media reports suggested a Russian invasion of Ukraine was imminent, Moscow announced that it was withdrawing all troops from the border and then claimed “western propaganda” had failed.

Goaded by the Biden administration, major news outlets like the Sun reported that the invasion was set for tomorrow, with a “massive missile blitz” planned, along with 200,000 troops at the ready.

But within hours, it appeared the media had jumped the gun.

Major General Igor Konashenkov announced that all Russian troops would begin to be withdrawn from the border region.

“As the forces complete their military exercises, they will, as always, complete a multimodal march back to their permanent bases,” Konashenkov stated. “The divisions of the South and West Military Districts have finished their tasks and have already begun loading the rail and automobile transport, and today will begin moving back to their military garrisons.”

Kremlin officials seized upon the troop withdrawal as proof of a propaganda victory against the United States and NATO.

Foreign Ministry spokeswoman Maria Zakharova said, “15 February 2022 will go down in history as the day Western war propaganda failed,” she wrote, adding that the west has been “shamed and destroyed without firing a single shot.”

Ukrainian President Volodymyr Zelensky had also declared that February 16th, the day the Biden administration claimed Russia was planning to invade, would be a national “day of unity.”

“On this day, we will fly our national flags, put on blue-and-yellow ribbons and show our unity to the entire world,” said Zelensky.

The comments were subsequently picked up by US media outlets and reported without an ounce of skepticism, prompting a stock market sell off and a rush on gold and crude oil.

Zelensky was then forced to back pedal and claim his comments were said “with irony.”

BREAKING: U.S. pulling remaining embassy staff out of Kyiv, moving them to western Ukraine, as Ukrainian president Zelenskyy says in an address that Wednesday "will be the day of the attack" pic.twitter.com/ZKmEVhSKNy