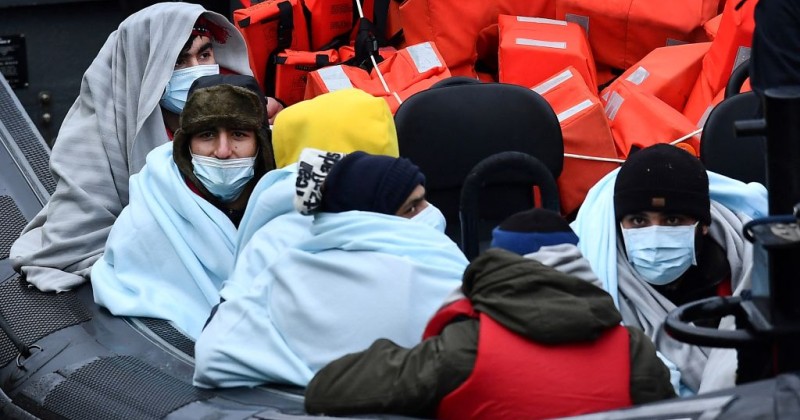 Brits are being told to reduce their living standards and tighten their belts even as it’s announced that the government is spending £4.7 million pounds a day on housing refugees in hotels.

Earlier today, the Bank of England said citizens must prepare for the biggest fall in their standard of living for decades since records began.

🚨NEW 🚨
Bank of England says UK households must brace themselves for the biggest annual fall in their standard of living since comparable records began three decades ago, as it:
– Raises interest rates to 0.5%
– Says inflation will surpass 7%
– Slashes GDP forecast

However, there’s plenty of money for illegal migrants arriving on boats.

UK taxpayers were initially told that the bill for asylum seekers’ accommodation was £1.2 million a day.

The Home Office has clarified it’s spending £4.7 million per day on hotels to accommodate asylum seekers and people resettled from Afghanistan. It told MPs yesterday the figure was £1.2 million – which it has put down to a ‘drafting error’.

However, after claiming there had been a “drafting error,” the Home Office admitted that the cost was actually four times higher at £4.7 million a day.

“The U.K. government is therefore spending £1.3 billion a year on housing prospective asylum seekers, many of whom have arrived in the U.K. via the English Channel in dinghies last year,” reports ReMix News. “That figure rises to more than £1.7 billion when the resettlement of Afghans fleeing the Taliban is taken into account.”

A total of 25,000 migrants are now being housed in hotels being used as temporary accommodation.

Government figures show that just 10 migrants have been deported despite 28,000 arriving in the last year alone.

There have been innumerable incidents across Europe of migrants exploiting the refugee wave, some of whom arrived in boats, where asylum seekers have committed terrorist atrocities.

As we highlight in the video below, many of the migrants are being housed in hotels in popular resorts alongside holidaymakers.

This has prompted a wave of complaints about aggressive behavior, thefts, urinating in elevators and general chaos.