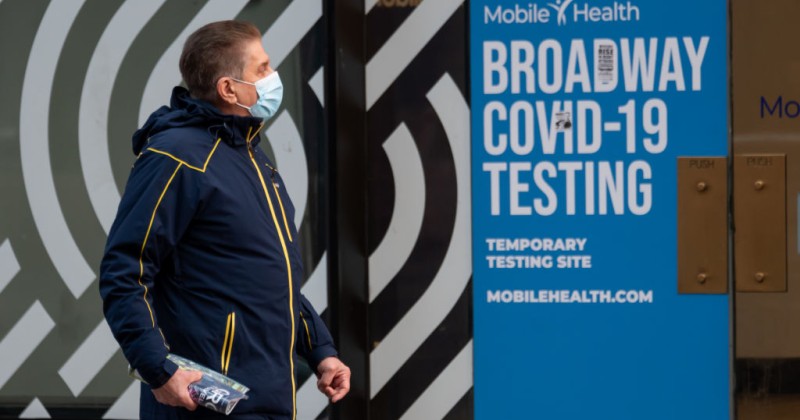 In what will surely be music to the ears of technocrats and newly famous television doctors, experts say the new strain of Omicron could prolong the pandemic.

After Omicron failed to produce the hospitalisations and deaths predicted by doomsday groups like SAGE, many hoped it could spell the end of the pandemic by providing widespread natural immunity.

On Monday, Hans Kluge, the World Health Organization’s Europe director, said the continent was moving towards a pandemic “endgame” scenario.

However, Sky News, which has relentlessly lobbied for lockdown restrictions as part of its biased coverage, isn’t letting go that easy, with the headline ‘Current wave could be prolonged by new strain of Omicron variant, experts warn’.

The report quotes Professor Oliver Johnson, director of the Institute for Statistical Science at Bristol University.

“It may mean things being a slog in the ‘1,000 to 2,000 [hospital] admissions’ range for longer than we’d like, so we can’t start to make inroads into waiting lists as a result. Like I say, probably one to keep an eye on rather than panic about at the moment, but still potentially annoying,” tweeted Johnson.

According to Dr Meera Chand, COVID incident director at UKHSA, there is no evidence that the BA.2 variant of Omicron causes more severe illness.

“So far, there is insufficient evidence to determine whether BA.2 causes more severe illness than Omicron BA.1, but data is limited and UKHSA continues to investigate,” she said.

Another report cites Professor Paul Elliott, director of the React programme from Imperial’s School of Public Health, who says there is some indication the decline in Omicron cases in the UK is “stalling.”

“There is some indication that that decline is now plateauing,” said Elliott, although he acknowledged that the highest prevalence of cases was in primary school children, most of whom will break up for half term within two weeks.

As we document in the video below, there’s now an entire industry dependent on maintaining fear over COVID-19 and continually lobbying for restrictions never to be eased.

Far from wanting the pandemic to come to a conclusion, it’s in the interests of innumerable control freaks who have made a name for themselves out of the virus to prolong it for as long as possible.

Video: Rand Paul Gives Advice On What To Do When Confronted By ‘Crazy Lunatic’ Mask People