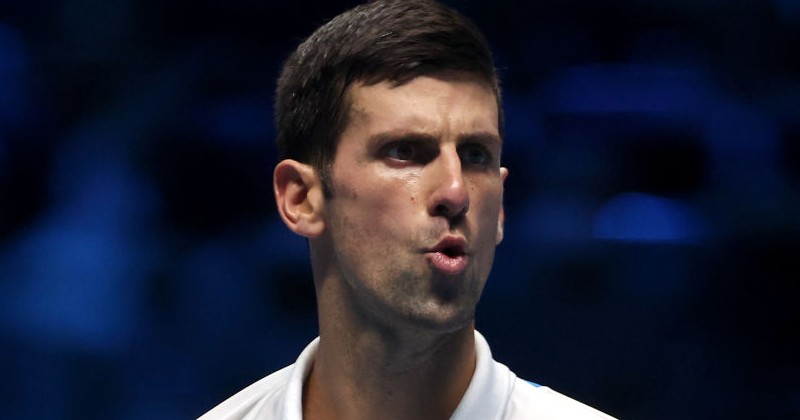 Authorities in Australia could still decide to deport Novak Djokovic despite him winning his appeal against having his visa cancelled, while the tennis star’s family accuses police of planning to “lock him up.”

The entire farce, which began last week when border officials refused Djokovic entry to compete in the Australian despite him having a valid vaccine exemption, is still ongoing.

Last night, it appeared as though Djokovic had won the battle when Judge Anthony Kelly ruled that the world’s number 1 could remain in the country to defend his title and that border guards had been “unreasonable” and not allowed Djokavic enough time to plan an appeal.

However, Immigration Minister Alex Hawke is insisting that he has a personal veto on the issue and could still decide to rip up Djokovic’s visa and put him on the next plane home.

V
Australian police swarm office of Novak Djokovic's lawyer as his family claim authorities are planning to 'lock him up' amid speculation immigration minister may re-cancel his visa – just hours after court ruled he could STAY
======https://t.co/RS4ngY39mE pic.twitter.com/F3PM2xzwuL

Meanwhile, police swarmed the building in Melbourne where Djokovic and his legal team are based as the tennis player’s family warned that cops are planning to “lock him up.”

Police “want to capture and lock up Novak again,” according to his brother Djordje.

“The government was ordered to release the tennis ace within half an hour of the ruling, pay his court costs and return his passport an personal belongings,” reports the Daily Mail.

However, once again emphasizing how authorities are punishing Djokovic for not getting the vaccine, government lawyer Christopher Tran asserted that the government could still kick him out of the country and ban him for three years.

Public sentiment is turning in Djokovic’s favor as more people begin to realize that the Australian government is determined to deport the Serbian no matter what the law says.

An update on #Djokovic from Belgrade. pic.twitter.com/J7gi5232EL

Even Djokovic’s top rival Rafael Nadal, who initially took the side of Australian authorities, says the situation is a “circus” and that “justice has spoken and has said he has the right to participate in the Australian Open.”

Report: Omicron Could End Up Being Less Deadly Than Seasonal Flu