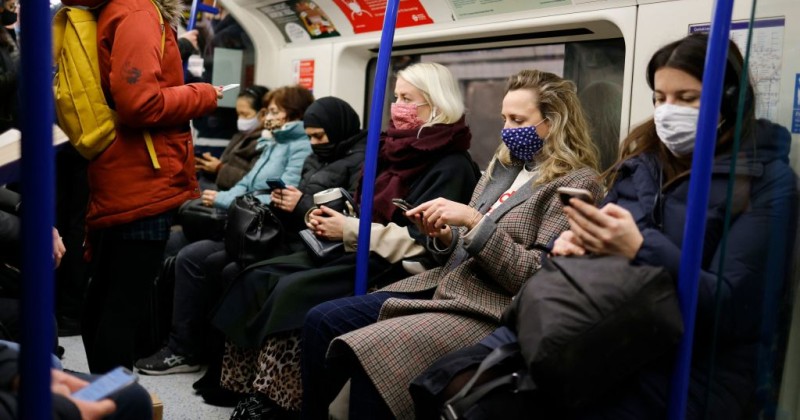 Citing experts at the University of Washington, the MailOnline reports that Omicron’s estimated fatality rate could make it less deadly than the seasonal flu.

“No, don’t say that!” the technocrats cry in unison.

“Some experts have always maintained that the coronavirus would eventually morph into a seasonal cold-like virus as the world develops immunity through vaccines and natural infection,” reports the news outlet. “But the emergence of the highly-mutated Omicron variant appears to have sped the process up.”

Researchers at Washington University now modeling Omicron’s impact say they expect it to kill 99 per cent fewer people than Delta.

This means the variant’s infection-fatality rate (IFR) stands at around 0.07 per cent, meaning only one in 1,430 people will die after becoming ill with Omicron.

“We should be asking whether we are justified in having any measures we would not bring for a bad flu season,” said Professor Robert Dingwall.

“If we would not have brought in the measures in November 2019, why are we doing it now? What’s the specific justification for doing it?” he asked.

Then WHY all the restrictions and tyranny? Think.

“If the severity of Covid infection is falling away to the point that it is comparable with flu then we really shouldn’t have exceptional levels of intervention.”

As Will Jones writes today, despite record numbers of cases in the UK over the Christmas period, COVID ICU occupancy is less than a quarter of its peak last January.

“Whether due to greater population immunity, a milder strain, or better treatments, this is obviously very welcome,” writes Jones.

“It is also confirmation that the pandemic is well and truly over – we are basically now expending vast resources tracking the spread of a cold – and it is time for the Government to acknowledge this fact, lift all restrictions, end all emergency powers, and bring the state of emergency to an end.”

Omicron’s total failure to cause anywhere near the devastation predicted by SAGE government advisors once again proves that their alarmist nonsense should no longer be respected.

The likes of Professor Neil Ferguson said that without further restrictions, Omicron would claim 3-5,000 lives a day at its peak.

In reality, the current 7 day average for total COVID-19 deaths in the UK (almost all of which aren’t even Omicron due to its mildness) stands at 160.

They got it spectacularly wrong yet again.

Mark Drakeford is an Idiot