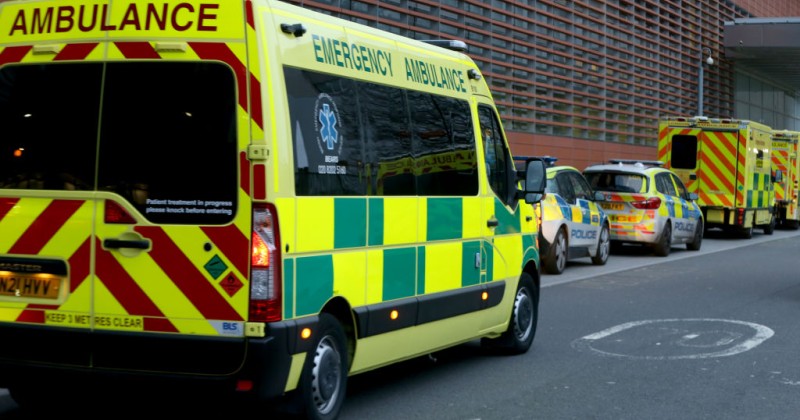 70 per cent of London’s COVID hospitalisations were diagnosed after the patient had already been admitted for other ailments, it has been revealed.

The figure is important because a so-called ‘surge’ in London hospitalisations for COVID is being used as a justification to lobby for further lockdown restrictions on the British public.

However, as Telegraph journalist Allison Pearson reveals, much of the panic is being driven by cases being counted as COVID despite the patient being admitted for other reasons.

“They are NOT COVID patients. A positive test 8 days after admission means the hospital basically gave the patient COVID.”

Pearson is trending on Twitter because she has upset serial bedwetters by asserting that, “It’s time for humanity to prevail over scientists.”

However, her article, based on sources within the NHS, contains several interesting details.

“Let me give you one example of the way that our scientist overlords operate,” writes Pearson. “On December 10, Professor Neil Ferguson pointed out that Covid hospital admissions were about 700 a day. What he failed to take into account is that such a worrying number would be balanced by around 600 Covid discharges each day. According to my source, the current seven-day average for Covid hospital discharges is 623 per day compared with average admissions of 780. While both metrics have, indeed, increased, hospital bed occupancy has stayed roughly the same.”

The journalist goes on to underscore how only 5 per cent of hospital beds are occupied by COVID patients in England and that “overall hospital occupancy currently stands at 89 per cent,” which is a decent figure for the NHS in winter.

“According to my reliable NHS England source, admissions with Covid have actually been declining for the past week, if you look at the seven-day-rolling average. The number of patients in hospital for other ailments who test positive for Covid – but are sneakily counted as “Covid admissions” – is rising slightly but most of the increase is seen among those who have been in hospital for more than eight days. So – brace yourselves – those poor sick people have been given Covid by the very hospital where they went to get better. Save the NHS, eh?”

Prime Minister Boris Johnson could still be set to impose more lockdown restrictions on the UK next week despite studies confirming that the Omicron variant is milder and causes significantly fewer hospitalisations than Delta.

Pearson also reveals that she spoke to “a senior figure in the food supply chain” who told her that bosses at major supermarkets have already been told more restrictions will be imposed on December 28, despite this decision still supposedly being “in the balance.”

SCANDAL in Germany Over Scapegoating of Unjabbed