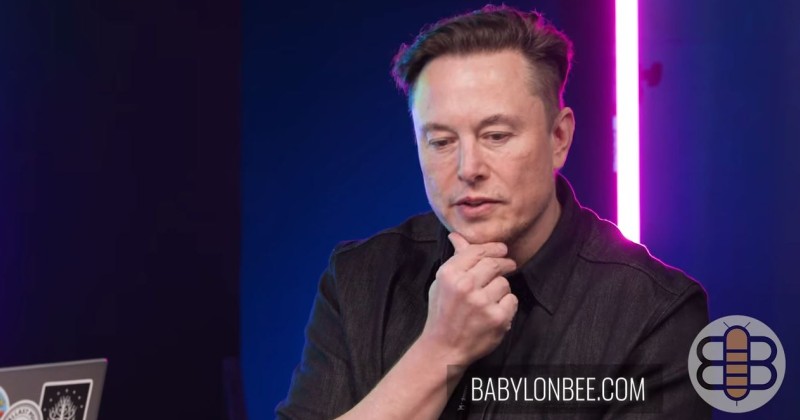 Tesla and SpaceX CEO Elon Musk says wokeness and political correctness is “arguably one of the biggest threats to modern civilization.”

The billionaire entrepreneur made the comments during an appearance on The Babylon Bee podcast.

“Do we want a humorless society that is simply rife with condemnation and hate?” asked Musk, asserting, “It should be OK to be humorous. Wokeness basically wants to make comedy illegal, which is not cool.”

Elon Musk @elonmusk says the woke mind virus is "arguably one of the biggest threats to modern civilization." pic.twitter.com/JqLmb1Sqm8

In comments that are sure to elicit more shrieking incandescence from the mob, Musk stridently affirmed that the “woke mind virus” represented “arguably one of the biggest threats to modern civilization.”

“At its heart, wokeness is divisive, exclusionary, and hateful. It basically gives mean people… a shield to be mean and cruel, armored in false virtue,” thundered Musk.

NOW – Elon Musk: "Wokeness basically wants to make comedy illegal, which is not cool… do we want a humorless society that is simply rife with condemnation, and hate?"pic.twitter.com/V9PJ5B3uKl

During the interview, Musk also poked fun at CNN’s pedo scandal when one of the hosts suggested he “could be on CNN right now,” which is “a real news organization.”

“I’m not perverted enough, I guess,” he responded.

Elon Musk @elonmusk says he's not perverted enough to be on CNN. pic.twitter.com/8QSc04W6cr

This is by no means the first time Elon Musk has come out against the regime and their grand narrative.

Earlier this month he warned that depopulation, not overpopulation, will be the biggest crisis facing humanity and that “civilization is going to crumble” if birth rates in the west continue to rapidly decline.

Musk also previously slammed the concept of mandatory vaccination schemes, saying, “this is just not something we should do in America.”

Last year during an appearance on the Joe Rogan podcast, Musk also said he sympathized with the anti-globalization movement because “we don’t ever want everywhere to be the same.”