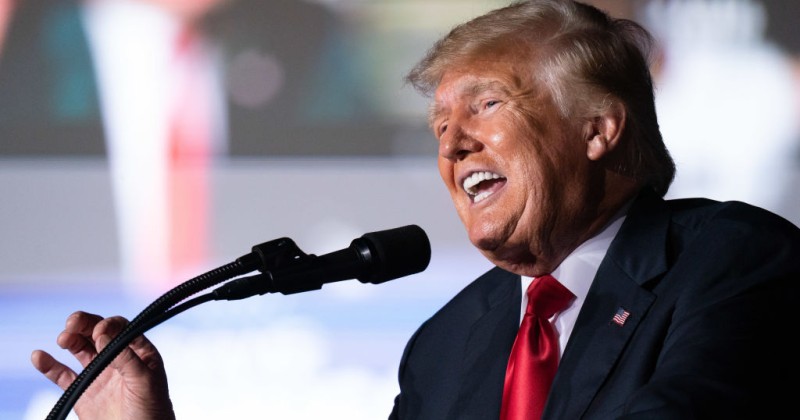 Former President Donald Trump told an audience of his supporters they are “playing right into their hands” by expressing doubt about or not getting COVID-19 vaccines.

Trump made the remarks during a live event with former Fox News pundit Bill O’Reilly.

“We did something historic, we saved tens of millions of lives worldwide,” said Trump, before going on to credit the vaccine for preventing a repeat of the Spanish flu, which infected nearly a third of the world and killed as many as 100 million people.

The comparison is somewhat alarmist given that the Spanish flu had a 2.5% global mortality rate, which is substantially larger than COVID’s mortality rate of 0.05% (before the vaccine was available).

NEW – Trump: "You’re playing right into their hands" when you doubt the #COVID19 vaccines.pic.twitter.com/GXmxQVNezF

“This was going to ravage the country far beyond what it is right now, take credit for it…what we’ve done is historic,” said Trump.

“Don’t let them take it away…you’re playing right into their hands (when you doubt the vaccine),” he added.

Despite Trump glorifying the vaccine, he made a point of saying that it shouldn’t be mandatory.

“If you don’t wanna take it, you shouldn’t be forced to take it, no mandates,” said Trump.

The Donald also revealed that he had received his booster shot.

When he asked the crowd if they agreed with his statements, a majority cheered, but Trump made reference to a “tiny group” in the audience who obviously didn’t share his enthusiasm for the jab.

COVID-19 Hospitalisations in Omicron Epicenter Fall by 25 Per Cent