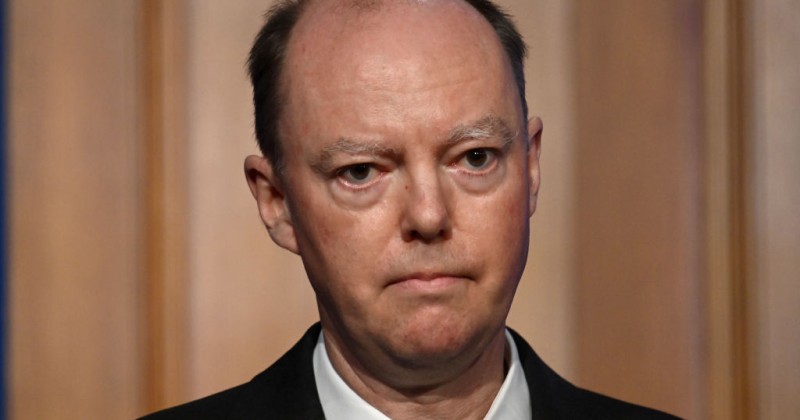 The UK’s chief medical officer Chris Whitty said today that it could be “a number of years” before a ‘variant-busting’ vaccine is developed that would enable COVID restrictions to be lifted for good.

“If I project forward, I would anticipate in a number of years, possibly 18 months, possibly slightly less… we will have polyvalent vaccines which will cover a much wider range [of variants],” Whitty told MPs.

Nervtag, a subcommittee that is connected to SAGE, which advises the government, is even more pessimistic, saying that COVID-19 could “pose a threat to the NHS” (necessitating restrictions) for another five years.

Whitty made the comments amidst a wave of hysteria surrounding the Omicron variant, which has supposedly infected hundreds of thousands of people in the UK yet hospitalised just 15 of them.

The government has completely failed to re-assure people that experts in South Africa say the Omnicron variant causes “mild” symptoms, instead choosing to amplify hysteria that threatens to decimate a hospitality industry already on its knees.

They’ve also ignored South Africa’s Health Minister, who today said hospitalisations and deaths in the country remain “relatively low” and that there is no need for new restrictions.

This has led to the sight of empty streets and public transport in the UK as millions of terrified people cancel their Christmas plans and put themselves under lockdown without the need for a government mandate.

The suggestion that restrictions could continue for years makes a mockery of assurances way back in March 2020 when the British public were told to obey lockdown for ‘just a few weeks’ to “flatten the curve.”

They were also told the country would “vaccinate its way to freedom” in the early months of 2021.

Once a ‘variant-busting’ vaccine becomes available, if ever, get ready for a new virus to suddenly appear necessitating all the restrictions remain in place anyway.

Have We Learned Nothing?

Just 15 People With Omicron Are Being Treated in UK Hospitals