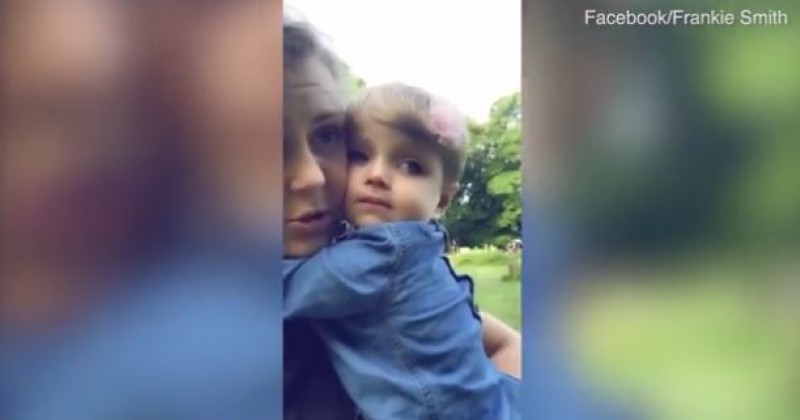 The great grandparents of a baby girl who was brutally murdered by a lesbian couple tried to warn social services about the abuse on five separate occasions, only to be told they were being homophobic and racist.

The sick couple, 20-year-old Frankie Smith and her 28-year-old girlfriend Savannah Brockhill, choke-slammed the toddler, 16-month-old Star Hobson, as well as violently swinging her by the legs and hitting her in the face.

Made dizzy by the abuse, Star even walked into a sofa during an unannounced social worker visit, but the lesbian couple were still given a free pass.

“Social workers investigating the couple who killed innocent Star Hobson cleared them five times – even declaring a referral to them was ‘malicious’ the week before she was murdered,” reports the Daily Mail.

“The authorities fell for mother Frankie Smith, 20, and her 28-year-old girlfriend Savannah Brockhill’s lies, despite a series of concerns raised by relatives.”

Bradford City Council ignored repeated warnings from the baby’s grandparents, believing the couple’s excuse that the girl had fallen down the stairs.

The council ignored a total of five separate warnings from different people, before labeling the great grandparents homophobic and racist.

“The lack of response from social services was unbelievable, they did nothing and we dismissed as troublemakers who made the complaint because we didn’t like gypsies or same sex relationships,” said Star’s great grandfather David Fawcett.

“What an insult to hear that our claim had been called malicious when it was the opposite.”

“They did visit the flat but Savannah Brockhill took over and dismissed us as ‘weirdos’ and trouble makers who hated gypsies and lesbians – and they swallowed it.”

This is yet another example of how political correctness literally kills.

It’s not just “being nice to people.”

“This case echoes similar stories out of Rotherham where Pakistani gang rapists who targeted British girls were allowed to operate unimpeded because police were afraid of being called “racist” if they dared to intervene,” writes Chris Menahan.

“The rest of the British media is just completely ignoring this angle and acting like this was just a general failure of social services rather than a perfect illustration of what happens when you embrace the suicidal ideology of liberalism.”

Documents Reveal Kindergarteners Being Forced To Learn About Transgenderism