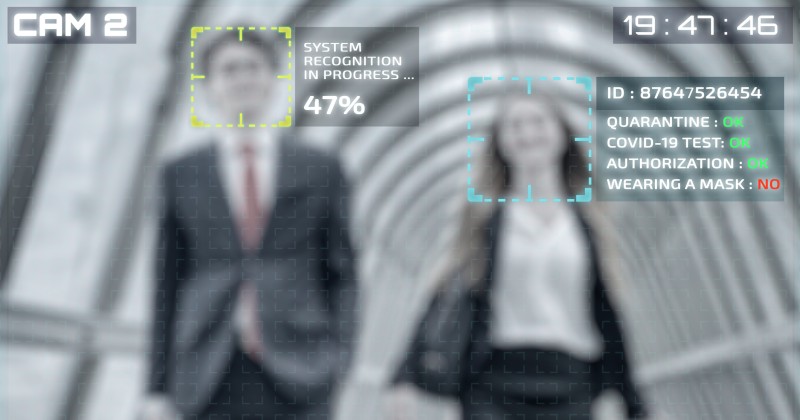 Authorities in South Korea are set to use the country’s facial recognition camera network to track people with COVID in real time and ensure they are wearing face masks.

The system will first be tested in Bucheon, on the outskirts of Seoul, in January before being extended to other areas of the country.

The scheme uses artificial intelligence and facial recognition software linked to the city’s 10,820 security cameras “to track the movements of active cases and their close contacts, and to determine whether they wore a mask,” reports RT.

One official said the system was needed to reduce the workload on the team tasked with tracking COVID cases in the city by relying on information such as records of card purchases and cellphone location data.

“Using facial recognition technology will enable that analysis in an instant,” said Bucheon Mayor Jang Deog-cheon, adding that it reduces the burden on workers having to spend “hours analyzing a single [segment of] CCTV footage.”

South Korea will soon roll out a pilot project to use artificial intelligence, facial recognition and thousands of CCTV cameras to track the movement of people infected with the coronavirus, despite concerns about the invasion of privacy https://t.co/Q5YoDnyoF4

The system also eliminates the problem of citizens who get infected with COVID but “who aren’t always truthful about their activities and whereabouts,” reported Reuters.

“It is absolutely wrong to monitor and control the public via CCTV using taxpayers’ money and without the consent from the public,” said Park.

China, India, Japan, Poland, Russia, and multiple US states are also exploring similar ways to keep track of the movements of people infected with COVID.

Such technology is of course wide open to abuse, erases any kind of expectation of privacy and is something that George Orwell would have laughed off as inconceivable.

And yet here we are.

Study: Face Mask Littering Increased By 9000% In First Months Of Pandemic; May Have HELPED SPREAD The Virus

Rand Paul: Vaccine Zealots “Won’t Be Happy Until They Get Your Newborn”