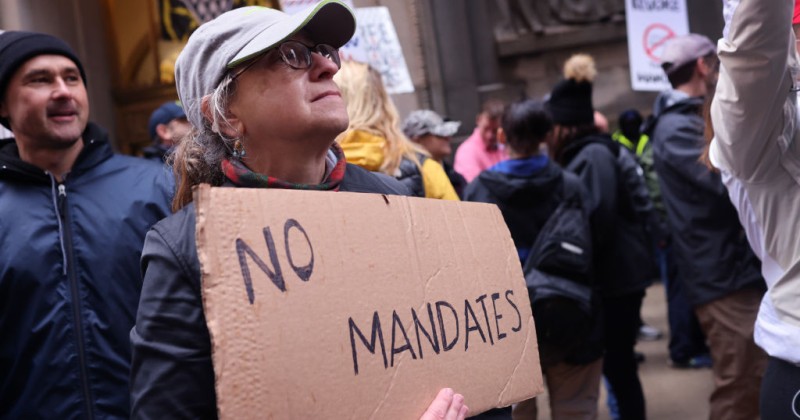 An Illinois Democratic lawmaker who tried to introduce a bill that would have forced unvaccinated people to pay for their medical treatment even if they had health insurance has pulled the legislation, citing the division it created and “threats” he received.

State Rep. Jonathon Carroll filed HB 4259 on Monday, with the bill outlining how those who had chosen not to take the COVID-19 vaccine would be forced to cover their own medical expenses if they caught the virus and required hospital treatment.

The legislation would still have forced the unjabbed to cover their own costs even if they were fully covered by health insurance.

However, the bill has now been deep sixed after Carroll said it would merely sow further polarization.

“Due to the unintended divisive nature of HB 4259, I’ve decided not to pursue this legislation,” he said. “Based on feedback and further reflection, we need to heal as a country and work together on common-sense solutions to put the pandemic behind us.”

The lawmaker also claimed that he had received violent threats over the issue.

“Violent threats made against me, my family and my staff are reprehensible,” he said. “I hope we can return to a more positive discourse on public health, especially when it comes to this pandemic that has tired us all.”

Carroll had introduced the bill with the intention of using it to convince more people to get vaccinated, arguing that the unjabbed should be treated like smokers.

“If you get life insurance and you’re a smoker, you pay a higher premium than those who don’t,” he said.

German Schoolchildren Subjected to ‘Ritual Humiliation’ Over Their Vaccine Status

Unvaxxed in Austria Could be Imprisoned For a Year