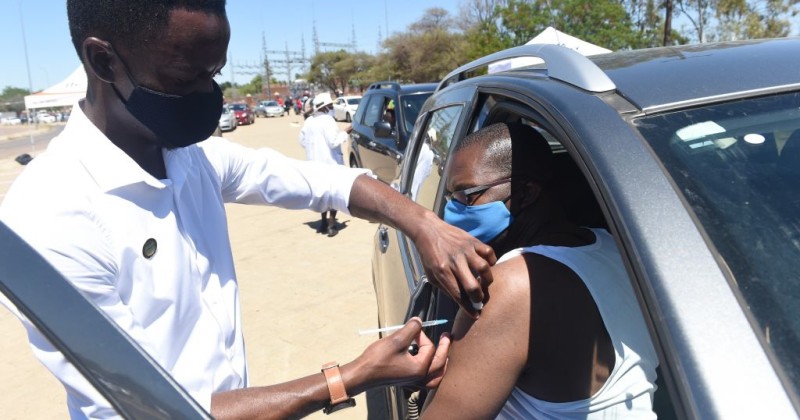 The new ‘Omicron’ variant of COVID-19 was first detected in four people who were fully vaccinated, according to a public statement by the Botswana government.

The new variant, which some claim is three times more contagious, was initially discovered in Botswana before it spread across South Africa.

The news was met with global alarm, prompting financial markets to plummet and new travel bans to be put in place.

According to a public statement by the Botswana government, the new mutation was first discovered in four people who had received both doses of the COVID-19 vaccine.

The Botswana Government says that the new COVID variant (named Omicron) was first detected in four patients who were FULLY VACCINATED for COVID. https://t.co/twfaWmK2Gu

According to the report, four cases of the new variant “were reported and recorded” on November 22.

“The preliminary report revealed that all the four had been completely vaccinated for COVID-19,” according to Botswana authorities.

In a subsequent statement, the government revealed that the new variant “was detected on four foreign nationals who had entered Botswana on the 7th November 2021, on a diplomatic mission.”

“The quartet tested positive for COVID-19 on the 11th November 2021 as they were preparing to return,” according to the statement.

In a piece of good news, others who had close contact with the infectees “have no COVID-19 symptoms and have tested negative for COVID-19.”

As we highlighted earlier, according to Belgian Prime Minister , the Omicron variant is so potentially devastating that it should be called ‘COVID-21’.

Meanwhile, South Africa’s medical chief Dr. Angelique Coetzee described the panic as a “storm in a teacup,” adding that she had only seen “very very mild cases” of the variant so far. 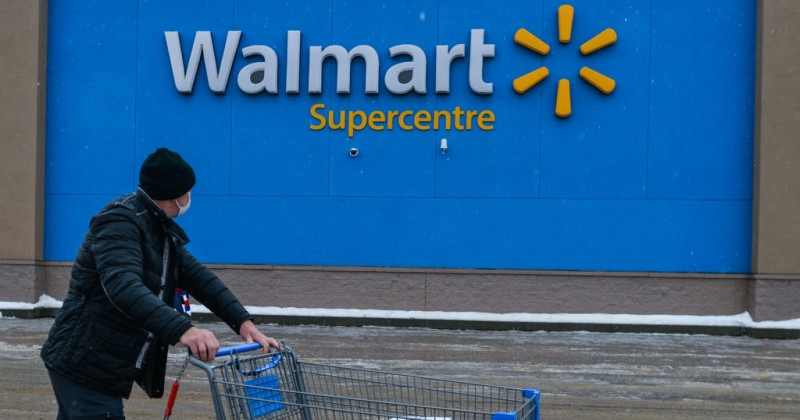 Under Quebec’s draconian new vaccine passport scheme, unvaccinated people who visit large stores like Walmart and Costco will have to be accompanied by employees to make sure they don’t buy anything other than food or pharmaceutical products.

The rule is set to apply in big box stores so as “to make sure they (the unvaxxed) do not go and buy other products or other items that might be in the store,” according to a CBC newsreader.

So, if you’re unvaccinated in Quebec and walk into big box store you will need to be accompanied by an employee who will make sure you’re not there to buy socks or a toaster oven.🤡😂👍🇨🇦 pic.twitter.com/zaxEmuFxSB

In other words, in order to stop the spread of COVID-19, disgusting unvaccinated extremists must be prevented from purchasing things like disposable barbeques and electronic goods.

“For pharmacies located in big-box stores, such as Walmart or Costco, an unvaccinated person must be “accompanied at all times during his or her travels by an employee of the business, the pharmacy or any other person mandated by them for this purpose,” reports CBC, citing the decree. “This person may not purchase products other than those related to the pharmaceutical service they are receiving.”

“The leftists running Walmart, who endorsed the Black Lives Matter movement during the Floyd riots of 2020 and championed their stance against “discrimination,” are happily going along with the government’s plan to discriminate against the unvaxxed to “ensure a safe and efficient customer experience,” writes Chris Menahan.

This is yet another indication of how vaccine passport schemes are purely a means of punishing the unvaccinated for disobeying the regime.

Hi. As directed by the Government of Quebec, we will implement the vaccine passport at our stores in Quebec. We ask for our
customer’s patience and understanding as we continue to ensure a safe and efficient customer experience.

Authorities in Quebec seem to be particularly keen on this, given that earlier this month, they announced a ban on the unvaccinated being able to purchase marijuana or hard liquor.

As we previously reported, back in September 2020, authorities in Quebec City announced they would isolate “uncooperative” citizens in a coronavirus facility, the location of which remained a secret.

All of these measures are being implemented despite there being absolutely no real world evidence that vaccine passports stop the spread of the virus.

As we highlighted earlier, businesses in Wales are demanding exemptions after the government failed to provide any evidence that COVID passports work in response to a Freedom of Information Act request.

Such schemes in countries across Europe, such as France, are now being made even stricter by eliminating the option of providing a negative test result.

Meaning only the vaccinated, who can still spread the virus, can freely go about their business, while those who can literally prove on the spot they don’t have the virus are subject to medical apartheid. 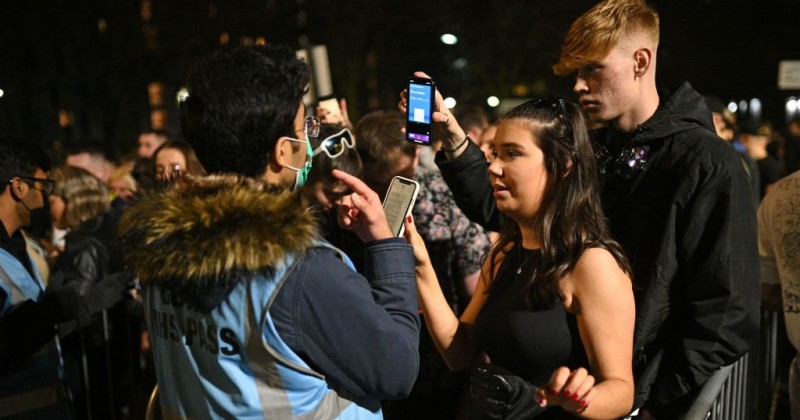 Businesses in Wales are demanding vaccine passport exemptions after the government failed to provide any evidence that the scheme prevents the spread of COVID-19.

COVID passes were introduced in Wales in October and applied to nightclubs, as well as indoor non-seated events for more than 500 people and outdoor events of more than 4,000 people.

In response to the Omicron outbreak, in December pubs were also restricted to the “rule of six” and table service only, while all nightclubs were ordered to close.

Despite restrictions supposedly being lifted later this week, nightclubs, cinemas and theaters will still be forced to demand COVID passports.

A Freedom of Information Act request was sent to the Welsh government asking for “any and all data that Welsh Government have used to develop the restrictions announced on 16th and 17th December 2021.”

“This should include but not be limited to: a. Statistical information regarding numbers of Covid cases developed from nightclubs b. Statistical information surrounding rates of transmission from businesses to be impacted by the one way system rule. c. Minutes of the meeting and all this in attendance held on 16th December by Welsh Government regarding the restrictions,” stated the FOIA request.

🚨|EXCLUSIVE: FOI request reveals Welsh Government have no evidence for the imposed restrictions and closure of Nightclubs in December. pic.twitter.com/JAQjnWNgfp

The government responded to to first two questions by stating, “This information is not available. There is no guarantee about where someone caught Covid-19, therefore there is no data on cases caught in specific locations.”

In other words, despite imposing COVID passports on nightclubs and numerous other venues, the government has no information on whether they work at all.

Publican Jon Bassett told Wales Online the response to the FOIA request was “unbelievable” and clearly shows that the restrictions aren’t justified.

“My WhatsApp group with other licensees is going crazy since this has gone into the public domain,” said Mr Bassett.

“I would have thought there would have to be more evidence for them to do it. I just don’t get it,” he added.

“I think there is a lot of anger because it’s been a dreadful two months. The concern we’ve got now is if there’s another variant come December this year and it happens again. I just fear we’re in a loop.”

England went ahead anyway and introduced vaccine passports for nightclubs in December, although those rules are set to expire later this week.

As we previously highlighted, COVID passports were introduced in Wales after a dodgy vote that the government won because a Conservative MP who was set to vote against the measure couldn’t log in to a Zoom call.

Welsh First Minister Mark Drakeford also stupidly claimed that Omicron was just as severe as Delta, while also boasting about how stricter lockdown measures had put Wales in a better place than England, despite Wales recording higher case numbers.

Says sportsmen shouldn’t be forced to take jab to compete. 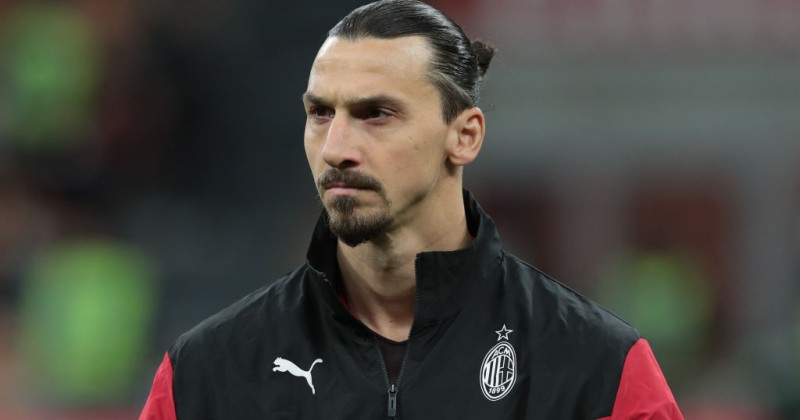 The 20 time grand slam winning Serbian was deported earlier this month and prevented from defending his Australian Open title despite a judge initially ruling that the government was wrong to try to block him entering the country.

Swedish international Ibrahimovic, who is vaccinated himself, came out in defense of his friend, speaking out against compulsory vaccine mandates during an interview with national broadcaster SVT.

“The person who takes the vaccine does so because they believe that it is effective against the disease. I got vaccinated because I think it protects me, not to be able to play football. These are two different things,” Ibrahimovic said.

Ibrahimovic is a prominent figure given that he is one of the most prolific goal-scorers of his generation and has been able to stay at the top of his game beyond the usual retirement age for soccer players.

Known simply to his legions of adoring fans as ‘Zlatan’, the AC Milan forward previously slammed LeBron James for using his platform to create political division in society.

Following Djokovic’s ejection from the Australian Open, other majors such as the French Open and Wimbledon have indicated they could also punish unvaccinated players by banning them from competing.