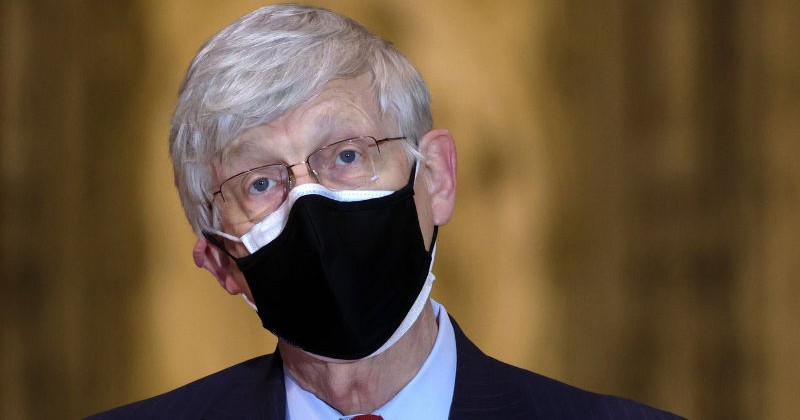 National Institutes of Health (NIH) Director Francis Collins has angrily called for anyone who spreads “misinformation” about COVID-19 online to be “brought to justice.”

“Conspiracies are winning here. Truth is losing. That’s a really serious indictment of the way in which our society seems to be traveling,” Collins told the Washington Post.

Citing an onslaught of angry messages directed at Dr. Anthony Fauci, who Collins appears to believe is above criticism, the bureaucrat demanded that those responsible for such behavior should be identified and “brought to justice.”

The article cited one such example of “misinformation” being Fauci’s involvement in barbaric experiments conducted on dogs by the National Institute of Allergy and Infectious Diseases (NIAID), despite the fact that such cruelty factually occurred under Fauci’s leadership.

While Collins didn’t specify precisely what he meant by “brought to justice,” Pfizer CEO Albert Bourla previously asserted that individuals who spread false information about COVID vaccines are “criminals” who “have literally cost millions of lives.”

That’s an interesting benchmark given that it was once considered false to claim that COVID vaccines didn’t stop the vaccinated spreading COVID, which is now an all too obvious fact.

Quite what constitutes “misinformation” about COVID-19 is anyone’s guess given that several things that turned out to be plausible or true, such as the origin of the virus behind the Wuhan lab, were once deemed to be “misinformation.”

It seems likely that whatever the National Institutes of Health, Anthony Fauci or Pfizer deem to be “misinformation” will become the standard.

As we previously highlighted, efforts to brand those who question the safety and efficacy of products manufactured by pharmaceutical corporations that have been plagued by a myriad of historical scandals are also underway in the UK.

The Online Safety Bill, described as “the flagship legislation to combat abuse and hatred on the internet,” will apparently include a provision that jails “antivaxers spreading false information that they know to be untrue” for a period of two years.

The Case for Vaccine Passports Has Been Demolished