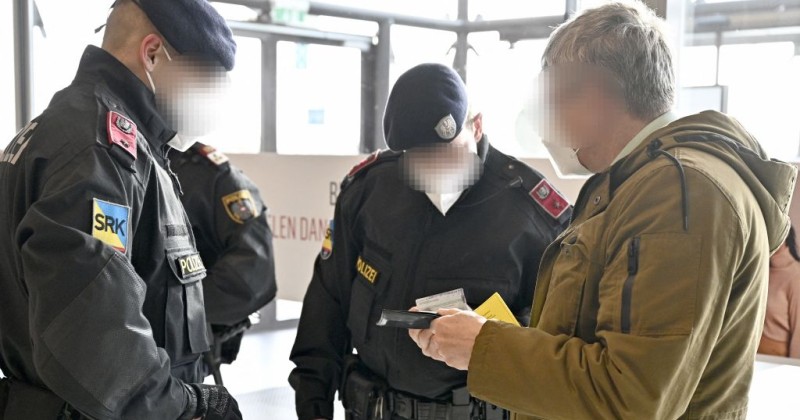 Days after imposing a lockdown on the unvaccinated, Austria has hit a new COVID case record, bringing into question the effectiveness of its draconian new policy.

Three days into its quarantine for the unjabbed, which prevents those who haven’t had both doses from being allowed outside for anything other than “essential” reasons, daily infections surpassed 14,000 for the first time since the pandemic began.

Numerous hospitals are still at breaking point despite the unvaccinated having been forced to self-isolate.

“The situation is worst in two of Austria’s nine provinces, Upper Austria and Salzburg, where hospitals are coming under increasing strain,” reports Reuters. “Salzburg has said it is preparing for a triage situation when the number of people needing intensive care beds exceeds supply, though that stage has not yet been reached.”

Meanwhile, the regions of Salzburg and Upper Austria will introduce a full lockdown for the entire population next week, with Upper Austria governor Thomas Stelzer demanding the same policy be imposed nationwide.

Those who took their jabs and wore their masks in order to ‘get their freedoms back’ may now be feeling a little stupid.

Austrian police demand people show proof of vaccination as they shop in one of Vienna’s busiest shopping streets Mariahilferstraße pic.twitter.com/Rs6Fu4gX6S

As we previously highlighted, it’s not as if the new policy isn’t being properly enforced.

As we reported yesterday, numerous other countries in Europe are now moving towards the same medical apartheid, including Germany, Italy, Czech Republic and Slovakia.

Let’s see if it works better there just as mandatory mask mandates have been such a success in Germany, which just hit its largest COVID case load since the start of the pandemic.