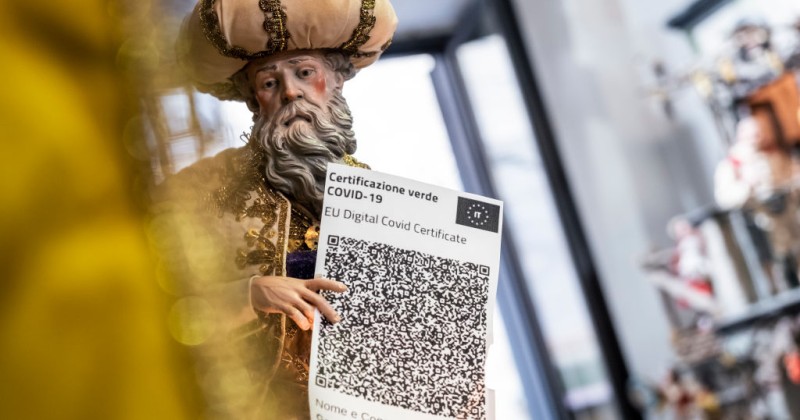 Five Italian Governors have called for lockdown measures to be imposed on the unvaccinated, following the example of Austria, while Czech Republic and Slovakia are also moving to enforce similar measures.

As we previously highlighted, after Austria placed the unjabbed under lockdown, preventing them from leaving their homes for anything other than “essential reasons,” police were seen patrolling supermarkets and highways checking resident’s vaccination status.

Several states in Germany also announced that they would ban the unvaccinated from numerous venues.

Now Italy’s unvaccinated population, which stands at around 7 million, could be about to face the same form of medical apartheid.

“Eventual new lockdowns should not have to be suffered by those who are vaccinated. Restrictions should only apply to those who are not immunized,” said Massimiliano Fedriga, the Governor of Friuli-Venezia Giulia in the northeast of the country.

The Telegraph reports that, “His stance is supported by the governors of Tuscany, Calabria, Liguria and Piedmont.”

Outgoing Czech Republic Prime Minister Andrej Babis has also announced that the the unvaccinated will be banned from shops and restaurants, with the option to provide a negative test removed (despite the fact that the vaccinated can still transmit the virus).

“The death toll is rising; the situation is serious. Vaccination is the only solution, there is no other,” said Babis.

As we reported earlier, despite the entirety of its adult population being vaccinated, Gibraltar is also urging people not to attend gatherings and has cancelled its official Christmas events.