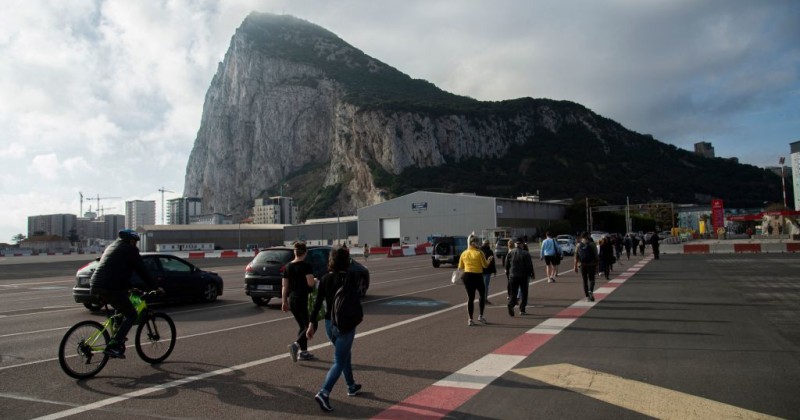 Gibraltar has cancelled official Christmas events and urged people to avoid gatherings to combat an “exponential” spike in COVID cases despite its entire adult population being fully vaccinated.

Known as “the most vaccinated place on earth,” technically more than 118 per cent of the British Overseas territory’s population is fully vaxxed because Spaniards also enter the country to work every day.

That has done little to prevent what the health minister called “a drastic increase in the numbers of people testing positive for Covid-19 in recent days.”

Labeling the increase “exponential,” Samantha Sacramento pointed to an average of 56 Covid-19 cases per day over the last seven days, which is up from fewer than 10 per day in September.

In response to the spike, authorities have “strongly” discouraged people from hosting private parties, while the state has cancelled “official Christmas parties, official receptions and similar gatherings.”

The entire population of the territory has been fully vaccinated for almost six months and masks have been mandatory on public transport, inside shops and numerous other venues throughout that time.

Vaccines are also already being rolled out to children as young as 5, while booster shots are currently being given to the over 40’s.

As RT notes, “Similarly well-vaccinated countries have also reported surges in Covid-19 infections recently. In Singapore, where 94% of the eligible population have been inoculated, cases and deaths soared to record highs at the end of October, and have since subsided slightly. In Ireland, where around 92% of the adult population is fully vaccinated, cases of Covid-19 and deaths from the virus have roughly doubled since August.”

If only more people had got the vaccine, those selfish unvaxxed extremists!

Italian Governors Call For Unvaccinated to be Put Under Lockdown

Germany Preparing to Impose Austria-Style Lockdown on the Unvaccinated