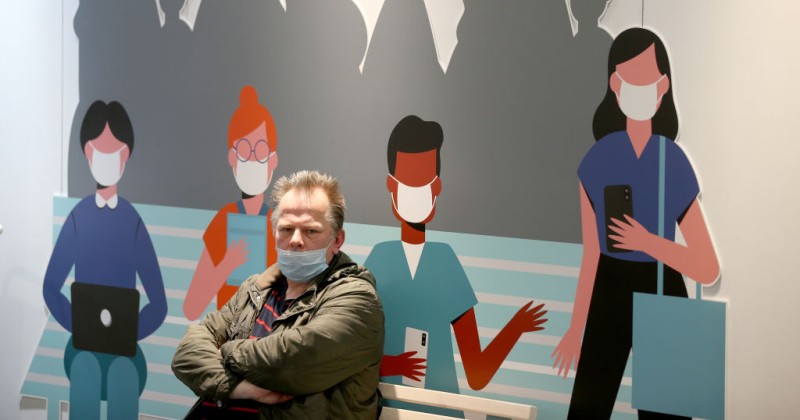 A poll which correlates with results from other countries shows that the average French person grossly exaggerates the threat posed by COVID, believing the infection to fatality ratio is over 16 per cent, when it is actually 0.1-0.3 per cent.

The survey results appeared in a study published by Frontiers in Psychology and were also cited in an article by Mike Hearn, a former Google software engineer.

According to Hearn, the shocking results of the poll illustrate how “governments and media have catastrophically failed to educate the population about Covid correctly.”

While the actual risk of dying from COVID is around 0.1-0.3 per cent (and is highly dependent on age group and co-morbidities), people in France think the actual IFR is over 16 per cent.

Hearn points out that this grossly inaccurate judgment of the threat posed by COVID has actually “got worse over time,” while people’s faith in the efficacy of the vaccine is also massively erroneous.

“If you previously believed that you had a 16% chance of dying if you got Covid, you were very likely to rush to hospital immediately on presentation of more or less any Covid-like symptoms,” writes Hearn.

“If you now believe that the vaccine reduces this risk to negligible levels then you’re very unlikely to bother unless you become quite seriously sick indeed, because to do so would effectively be a repudiation of the advice of government, scientific and medical authority. And if there’s one behavioural difference between the vaccinated and unvaccinated that is more plausible than any other, it’s that the vaccinated are self-selecting for strong faith in scientific claims by authority figures.”

The poll results match with attitudes in major countries across the world, where relentless government fearmongering has resulted in people believing COVID to be far deadlier than it actually is.

As we previously highlighted, a poll conducted in summer 2020 found that the average American believed 9 per cent of the population, around 30 million people, had died from coronavirus when the actual figure at the time was less than 155,000.

People in the U.S. also believed that 20% of Americans had caught coronavirus, 20 times higher than the number of confirmed cases.

In Sweden and the UK in particular, people also vastly overestimated the number of lives COVID-19 had claimed, with the average Brit thinking coronavirus had killed 100 times more people than the actual figure.

The fact that people are so ruthlessly vehement about demanding everyone follow mask and social distancing mandates is explained by this totally out of proportion fear of COVID, which in large part has been driven by the weaponization of behavioral psychology along with unethical and totalitarian fearmongering.

Germany Preparing to Impose Austria-Style Lockdown on the Unvaccinated