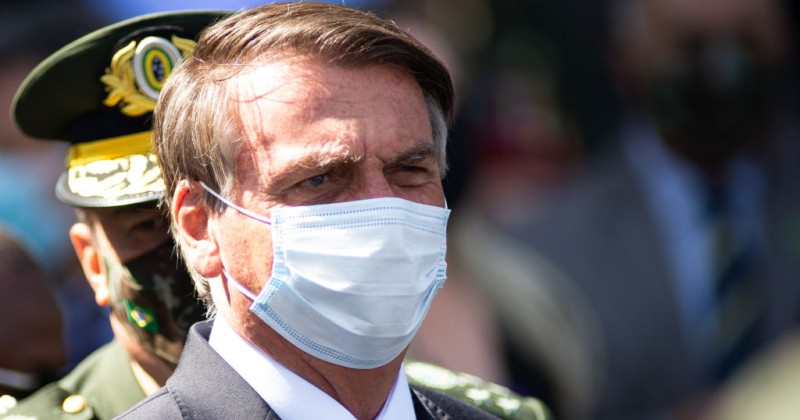 A new clip has emerged of Brazilian President Jair Bolsonaro confronting WHO head Tedros Adhanom about COVID-19 restrictions and asking why people are still dying of COVID after the second dose of the vaccine.

The discussion took place during the recent G20 summit of global leaders in Rome.

Challenging Adhanom on vaccine passports, Bolsonaro asserted that, “All over the world, there are people who need to work to feed themselves.”

He added that lockdown measures have destabilized the global economy, warning that if it continues, “the economy will collapse.”

Adhanom said he didn’t want more lockdowns and agreed that the vaccine passport scheme was “discrimination,” but only while vaccine rates in some countries were still low.

🇧🇷 G20 BRAZIL | Bolsonaro questioned the director-general of the WHO, Tedros Adhanom.

“In Brazil, many who get the second dose are getting COVID,” said Bolsonaro, to which the WHO head responded by saying the vaccine doesn’t stop the spread of COVID but reduces the risk of serious illness and death.

“In Brazil, many who got the second dose are dying,” Bolsonaro clarified, to which Adhanom responded by saying underlying diseases were to blame.

Bolsonaro then decried his inability to stop mandatory vaccinations for children, to which Adhanom responded by saying the WHO doesn’t support giving the vaccine to children.

The Brazilian President then lamented how whenever he asks questions about the vaccine, he is accused of putting out “fake news.”

“Our hands are tied, the lives of our children are at stake,” said Bolsonaro.

When he asked Adhanom about the origin of COVID-19, Adhanom laughed and said, “We are still studying it.”

Bolsonaro has long been skeptical of the vaccine and COVID-19 lockdown measures.

After arriving for the UN General Assembly in September, he was forced to eat pizza on the sidewalk because he is not vaccinated and therefore banned from indoor dining in New York.

The Brazilian President caught coronavirus himself in July 2020, but said he was able to recover quickly thanks to his past as an “athlete” in the army.

He also pointed to hydroxychloroquine as having aided his swift recovery.

Video: Geraldo Rivera Tells Fox Viewers “You Have No Rights When It Comes To The Vaccine