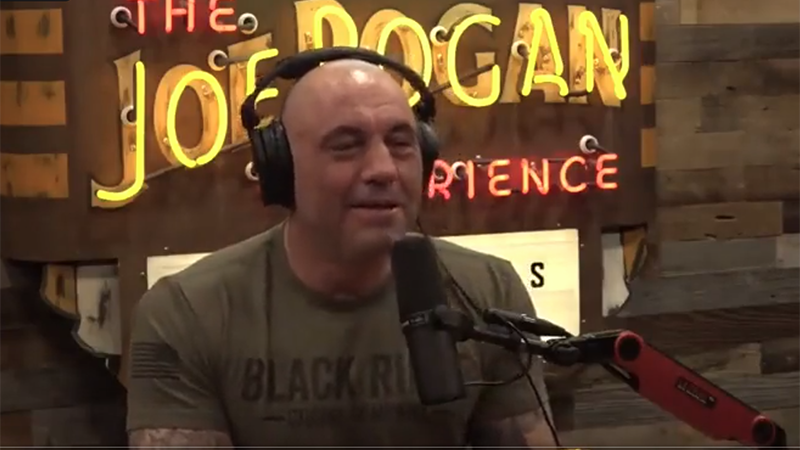 Pod cast goliath Joe Rogan has waded into the controversy surrounding leftist slandering of Virginia’s first black Lt. Governor Winsome Sears, labelling her critics as “out of their fucking minds” for calling her “a water carrier for white supremacy”.

Rogan blasted “Any time a black person says anything that doesn’t go with the Democratic narrative. They say that person’s carrying water for white supremacists.”

“They’re out of their f*cking mind,” Rogan continued, adding “That lady that was the new Lieutenant Governor of Virginia that is a black woman. She’s sponsored by the NRA. I don’t know what all of her accolades, but she’s an incredibly articulate lady, powerful woman. They’re saying that her becoming the lieutenant governor is a victory for white supremacy.”

Rogan continued, “When Larry Elder was running for governor of California, they said he’s the black face of white supremacy. What? What are you saying? What the f*** are you saying? Like you can disagree with the man’s politics, but that white supremacy is like a stamp they like to put on as many things as they can, like 15% off.”

“Amazing and a veteran and a Republican and an immigrant, and by the way, very few people are more anti-communist and anti-Marxist than people who have come from communist countries,” the host urged, adding “You want to hear someone who’s a fucking anti-Marxist, anti-communist? Talk to someone who’s been from Russia. Those fucking people anybody who’s been from the Eastern Europe, they don’t want to hear none of that bullshit. They fucking they hate it. When they see these college kids talk about Marxism has never been done correctly, they’re like fuck you, our country lost millions of people because of this shit.”

As we noted last week, Joy Reid and her various race baiting guests spent last week complaining that all Republican campaigns are centred on ‘white nationalism’, including that of Sears who ran successfully alongside Glenn Youngkin.

After her victory, Sears called out Reid, challenging the host to a debate and demanding a halt to the use of race baiting rhetoric without allowing recourse.

Reid has continued to attack Sears, however, bringing on leftist professor Michael Eric Dyson who boldly proclaimed that “To have a black face speaking on behalf of a white supremacist legacy is nothing new.”

Dyson further described Sears as “a black mouth moving but a white idea running on the runway of the tongue of a figure who justifies and legitimates the white supremacist practices.”

Leftist Hack Claims That If Any White Person Is Using The Word ‘Woke’, It’s A “Racial Slur”