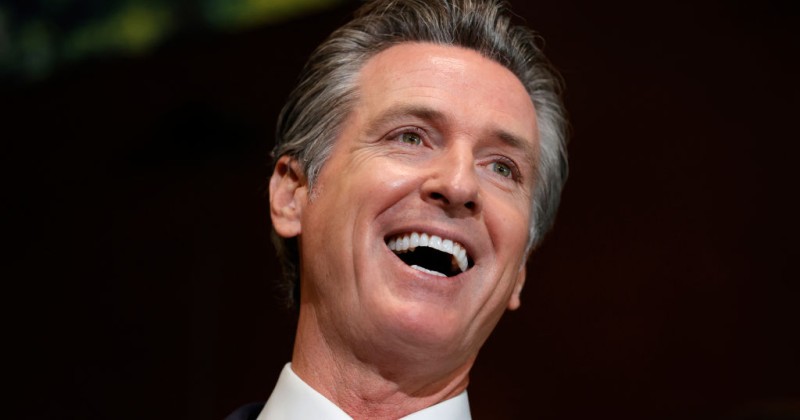 California Gov. Gavin Newsom has reappeared in public for the first time since October 27th, claiming he missed the Cop26 climate conference to go ‘trick-or-treating’ with his children.

Newsom spoke at the California Economic Summit, where he complained about the “treadmill” of work he had to plough through.

Fox News reports that Newsom’s children held an “intervention” during a family dinner because they “couldn’t believe I was going to miss Halloween.”

“He ultimately decided to stay home because the “knot” in his stomach was too much to bear,” according to the report.

Breitbart’s Joel Pollak wondered why Newsom had to miss the climate summit given that it is still ongoing and Halloween was 10 days ago.

“In addition to family, Newsom claims he has devoted the past two weeks to work — though he spent Saturday at the lavish wedding of billionaire oil heiress Ivy Getty, with Speaker of the House Nancy Pelosi (D-CA) officiating the nuptial vows,” he writes.

Speculation had been raging as to why Newsom hadn’t appeared in the public eye for two weeks after receiving his COVID-19 booster shot.

Journalist Steve Kirsch previously claimed that Newsom had been out of sight since October 27 because he had a bad reaction to the jab.

“The explanation Gavin gave in the video (that he had a change of heart and wanted to spend Halloween with his kids) seems a bit odd since his press office said he was working in the Capitol,” writes Kirsch.

“I have a good friend who is politically well connected who spoke with Newsom’s former staffers and they all thought it was a really weird explanation,” he added.

Kirsch says he showed the before and after videos of Newsom to a neurologist, who claims the Governor is “100%” recovering from Bell’s palsy due to lingering “telltale” signs.

“She had a dermatologist review as well who said the same thing,” claims Kirsch. “She said most people wouldn’t be able to tell, but this is her “bread and butter” so she knows exactly what to look for.”

Video: Psaki Refuses To Answer Question “Why Did Biden Suggest Kyle Rittenhouse Is A White Supremacist?”